Business Groups Pissed That Anyone Dare to Advocate for Workers

According to a U.S. Chamber of Commerce report, "The Emerging Role of Worker Centers in Union Organizing", worker advocacy groups have received $57 million in support from 2009 to 2012.  To acknowledge their good works, I list the contributing foundations mentioned on pages 16 to 20 of the report.


New York Times reporter Steven Greenhouse spent some time with the shameless Mr. Berman (a.k.a. "Dr. Evil"), a prominent Washington lobbyist.  The following slide provides a quote from the article cited at the top of this post. 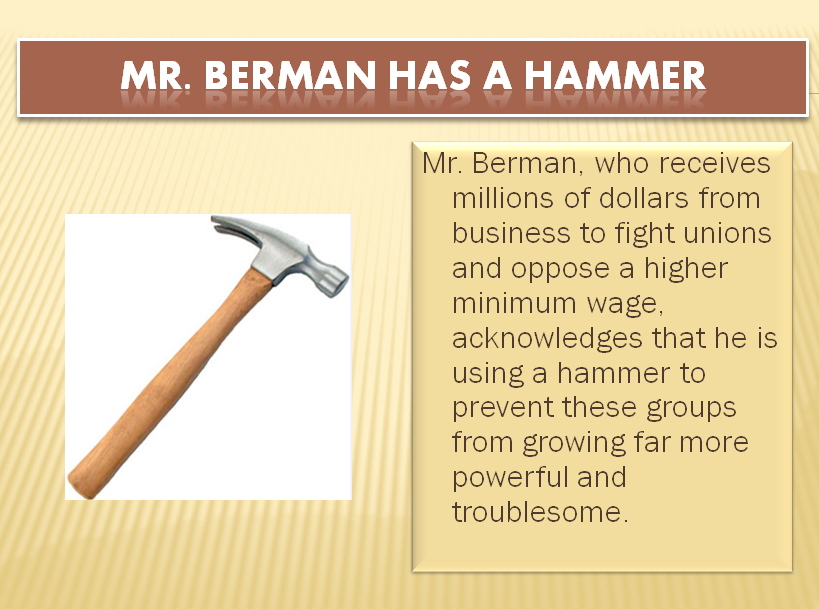 With this next news item, it's clear why Berman is on the warpath.

It's called deflecting attention.  Some of the biggest corporations in the U.S. poured at least $185 million into political nonprofit groups in 2012, according to a new analysis from the Center for Public Integrity.  (Dark Money Inc.)

And here's the U.S. Chamber's recent contribution to our federal elections. 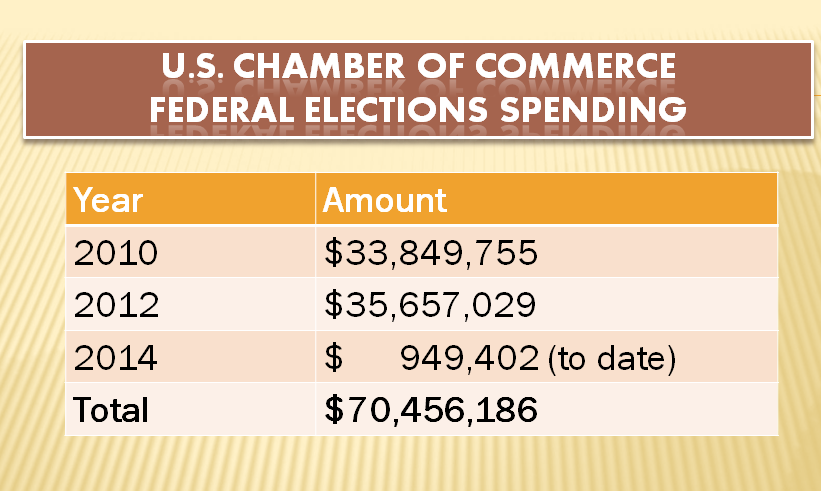