David Cassidy Sings a New Song: "I Woke Up in Jail This Morning"

Cassidy joins the Mug Shot Hall of Fame.   On the TV series, Cassidy played the eldest of five children of a widowed mother (Shirley Jones, who was Cassidy's real-life stepmother).

The family, all musicians, traveled to gigs in a repainted school bus. When the show was canceled after four seasons, Cassidy launched his own pop music career, filling concert halls with screaming teenage girls attracted to such hits as "I Think I Love You."

I think your timing is off, Alan.  By the end of the 4th season of The Partridge Family, David Cassidy's career was well past the apogee and ejection phase. 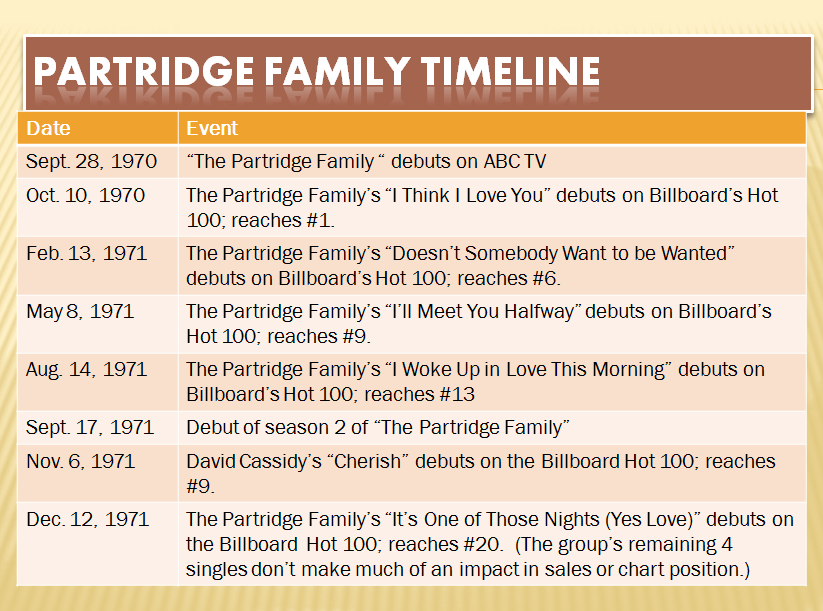 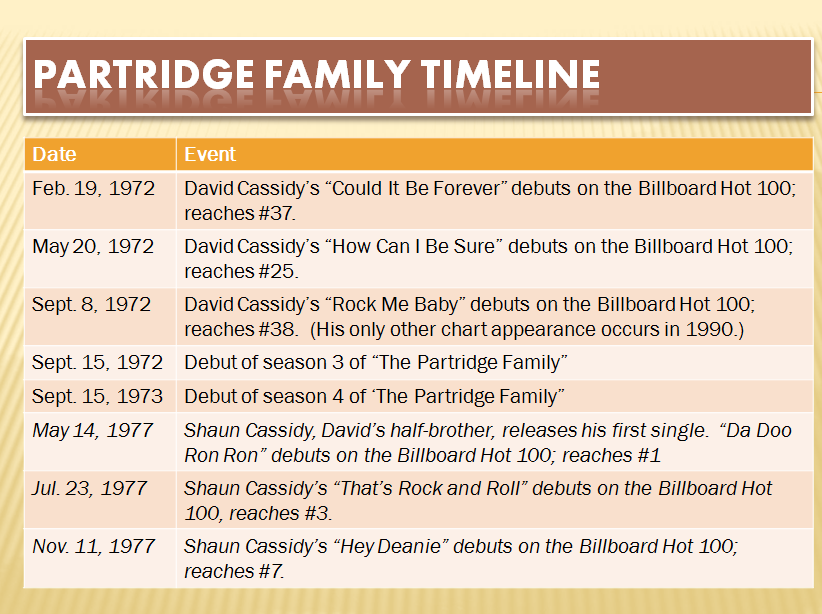 Shaun would have had the screaming-girl advantage in the post-Partridge Family 1970s.