The Mother of All Overdue Library Book Stories 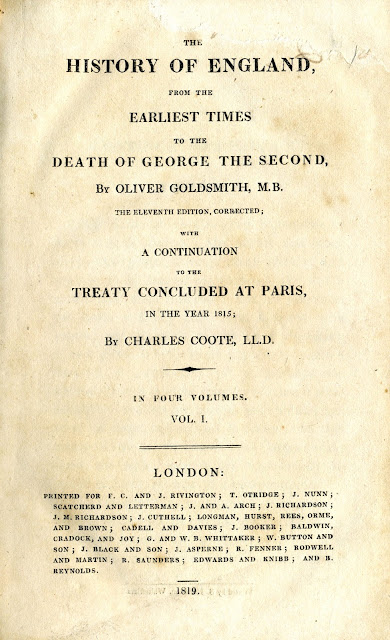 Excerpt:   A 215-year-old book that was part of the first lending library in Camden, Maine, has been returned.

Oliver Goldsmith's "History of England, Vol. 1" was returned recently by a Southern California man who found it among volumes collected by his grandfather, a former Portland police officer known to browse the city's book markets. The book's first printing was in 1790; the Camden copy is thought to date to 1796.

The original library, thde Federal Society Library of "Cambden," was founded in 1796 and disbanded by 1826. It's unclear how the book made its way to Portland, where it ended up with the grandfather of Chuck Regan of Thousand Oaks.

So what is the procedure for returning a book to a library that doesn't exist anymore?