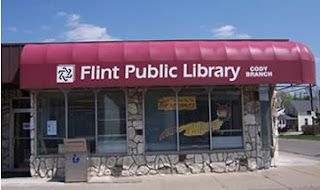 Excerpt:  The budget the Flint Public Library's board is considering for next year includes closing all three of its branch libraries.

The move comes as the library struggles to build a budget on $3.8 million in expected revenues. That's down from $4.1 million the current fiscal year and just less than $5.3 million last year.

The Cody Library, North Flint Library and West Flint Library would be closed under the proposed budget, which the board is expected to discuss tonight before sending it to the public budget hearing June 9, said library director Kay Schwartz. 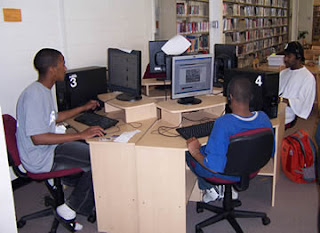 Public access computers at North Flint.
"They're really the size of a school library ... they're one room," Schwartz said of the branches.

By closing the branches, the library would save about $150,000 per year, the director added.

The branches were changed from being open four days per week to two in recent years, a move that saved $150,000. 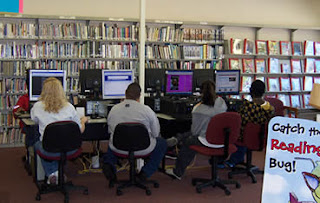 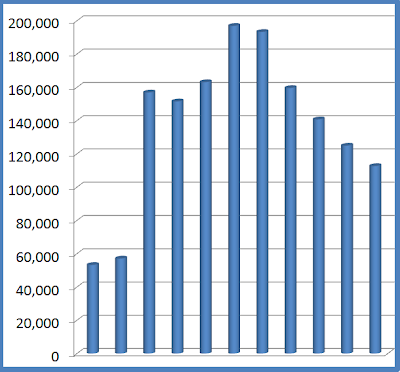