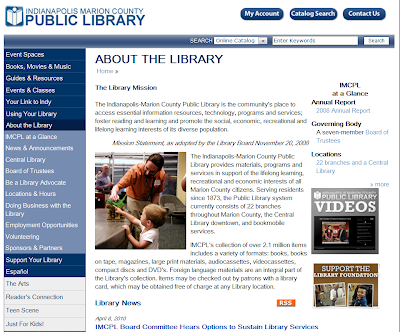 Excerpt:   But Mayor Greg Ballard on Thursday said the city's efficiency experts, who focus on ways to generate revenue and reduce government expenses, could help the library find other ways of trimming.

He did not commit to offering the library any financial help , saying the first step is to evaluate the library's situation.