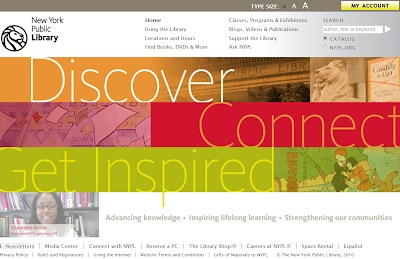 Excerpt:    A couple of years ago Salvatore Magaddino, who oversees the distribution of materials for the New York Public Library, complained at a meeting that he was having trouble recruiting book sorters, the people responsible for sorting the millions of books sent each year from one branch library to another.

Salvatore Magaddino, who oversees the library system’s distribution of materials.

“It was a mundane, boring job,” Mr. Magaddino said the other day, standing next to a result of that complaint, a gigantic new automated book sorter housed in a renovated warehouse in Long Island City, Queens. This machine — believed to be the largest of its kind — has eliminated much of the drudgery since it was turned on two months ago. Now, when a library visitor anywhere in the system requests a book located at another branch, the automated sorter does the work of routing it.
Posted by Retiring Guy at 8:25 AM