UPDATE: Apparently, WEDC CEO Mark Hogan is willing to do Scott Walker's bidding til heat is on 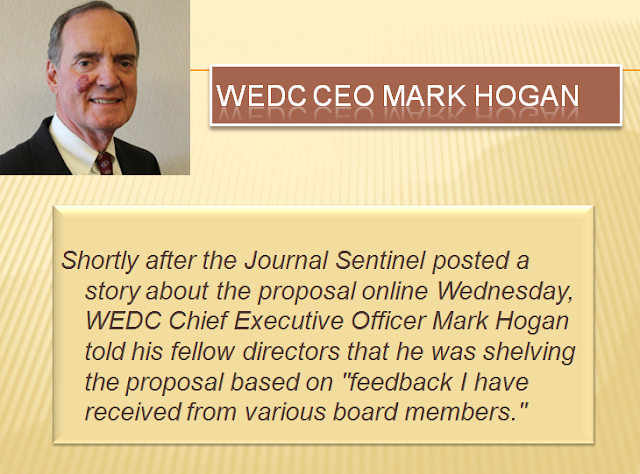 As reported in WEDC backpedals on gag order to board members.  (Milwaukee Journal Sentinel, 7/13/2016)


State campaign finance records show Hogan has donated over $24,000 to Walker’s campaigns since 2005, while he also donated $10,000 this year to a super PAC that has been supporting the governor’s presidential run. [emphasis added] 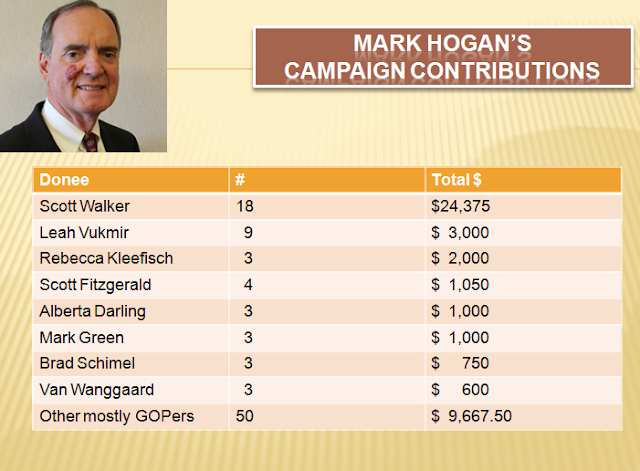 
Good soldier Agency CEO Mark Hogan and other board members pushed back against the Democrats at a February public board meeting, raising concerns that their request was a waste of taxpayer resources for a problem that has already been resolved, and that the tenor of the discussion has negatively affected employee morale.

Damn!  That pesky public records law.  Last month, the Justice Department’s open government office intervened, urging WEDC to do a better job communicating and observing that the state Public Records Law requires agencies to fulfill requests “as soon as practicable and without delay.”