UPDATE. Scott Walker no Monty Hall when it comes to Let's Make A Deal 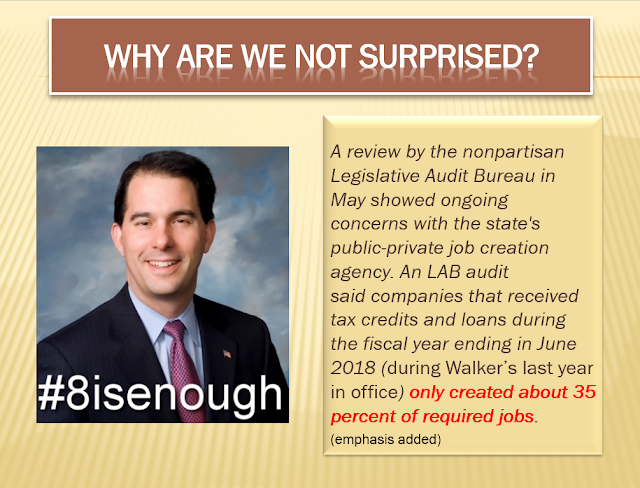 
City and county leaders in northern Wisconsin hold out little hope they’ll recover most of the money they awarded to a now-bankrupt aircraft company as part of plans to build a plane manufacturing facility in Superior. Kestrel Aircraft Company and its parent company ONE Aviation Corp. filed for bankruptcy last October along with 10 other subsidiaries. At the time of filing, the New Mexico-based business listed a total debt of more than $198 million. Of that, the company owes $53 million in loans to state and local governments, including around $3.4 million to the Wisconsin Economic Development Corp.

In 2012, Kestrel pledged to create 600 jobs in Superior in what was billed as the city’s largest job creation project since World War II. The city’s redevelopment authority loaned Kestrel $2.6 million and Douglas County provided a $500,000 loan through its revolving loan fund. As of last fall, the company owed the city $1.7 million and Douglas County $479, 421, according to court documents filed in Delaware. 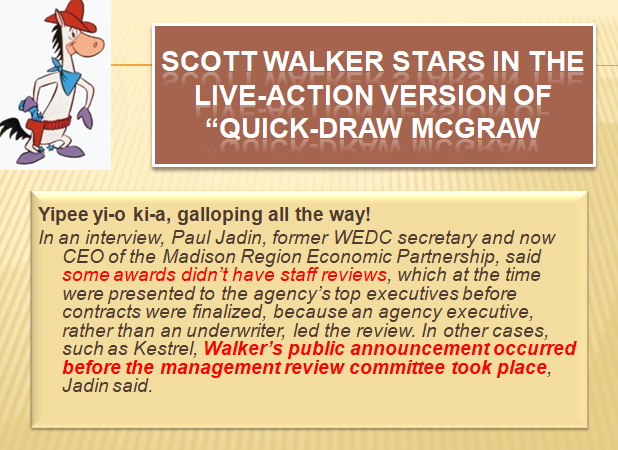 
Original 7/13/2014 post, "Kestrel Aircraft:  All these incentives, but no construction, no jobs", starts here.

Incentive:  something, especially money , that encourages a person or organization to do something. 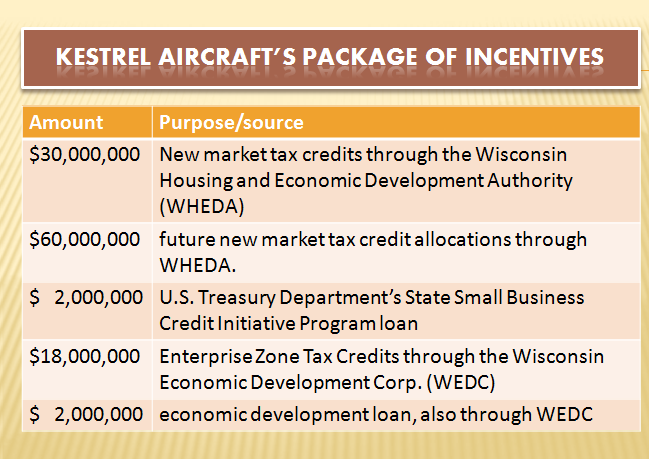 Twiddling thumbs in Superior.  But 30 months after that announcement, no ground has been broken on either a plant to manufacture structural components or an assembly facility. The latest report notes a dispute between Kestrel and the state over how much was actually promised to Kestrel.

Kestrel has also received two business development loans from WEDC worth a total of $4 million but has not been making payments. It also has a $2.4 million loan from the city of Superior, with payments on that loan due to begin in October.

Who's minding the WEDC store?

My older son had a Boy Scout merit badge trip to Watertown's airport. I was talking to a guy there and asked if a Kestrel plane we were passing was the WI company. He said yeah, and that they have been building and growing. I wonder where and how?

I suppose engineering can eat up a lot of money but the money seems intended to create more jobs, manufacturing jobs, in state.

I can understand taking a chance on a company, this is investment money after all. But, there seems to be little to no follow-up on WEDC loans. I also wonder how closely WEDC scrutinizes business plans and loan requests.