It's story time!!! As served up by WEDC Chairman of the Board Scott Walker.


On February 9, 2011, Wisconsin Act 7 created the Wisconsin Economic Development Corporation (WEDC), a public-private entity, to replace the Wisconsin Department of Commerce.  Governor Scott Walker serves as Chairman of the Board.

As required by law [Wisconsin State Statutes 13.94(1)(dr)], the Legislative Audit Bureau is required to conduct a biennial financial audit of WEDC.

The audits have been variously described as 'stinging', 'critical', 'damning', and 'blistering'.
Here's a very small sample. 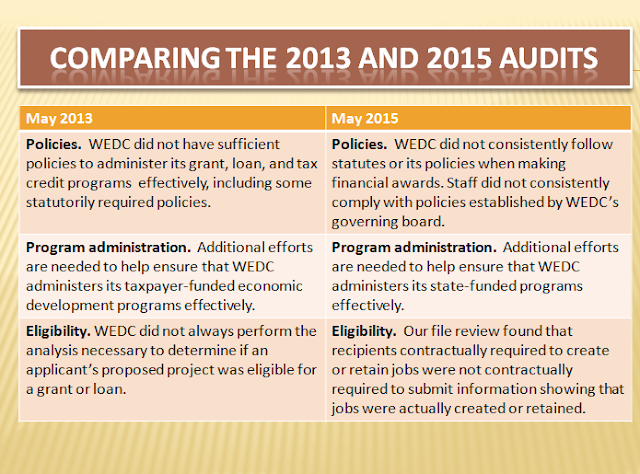 And here are some of the 'margin notes' from the Tax Credits Program chapter of the 2015 audit.

The chairman of the board, however, thinks that everything is just hunky-dory in Walkerland. 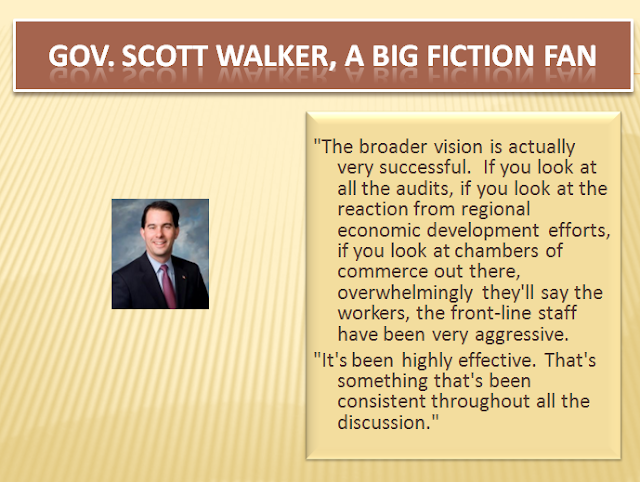