In other words, I'm looking for instructive stories to share with my Public Library class this semester.  Please feel free to respond to me directly at bennel62@gmail.com.

Thanks for anything you can contribute.

And here's what got me to thinking about the topic today.

Excerpt:   By last October in Green County, the number of homeless or near-homeless families that contacted county agencies for help had surpassed 2010's figures, said Jeannie Blumer, who works with the homeless for the county's Department of Human Services.

"This is the worst I've ever seen it," said Blumer, a social worker for more than 30 years. "I think most folks equate homeless with larger communities and don't realize we have the same issues here."

According to the state Division of Housing, 17,007 people spent the night in an emergency shelter in Wisconsin in 2010, the most recent year for which numbers were available. Three largely rural counties — Forest, Marathon* and Oneida [chapter 3 addresses housing] — had the largest growth of homeless families, while another rural county, Columbia, had the largest growth in chronic homelessness.

*The LIFE Steering Committee Focus 2011-2013 LIFE in Marathon County: Local Indicators for Excellence. Wausau, WI, 2011.
Although "Shelter for the Homeless" indicator statistics are down -- perhaps due to the hidden nature of the problems as noted in the WSJ article? -- 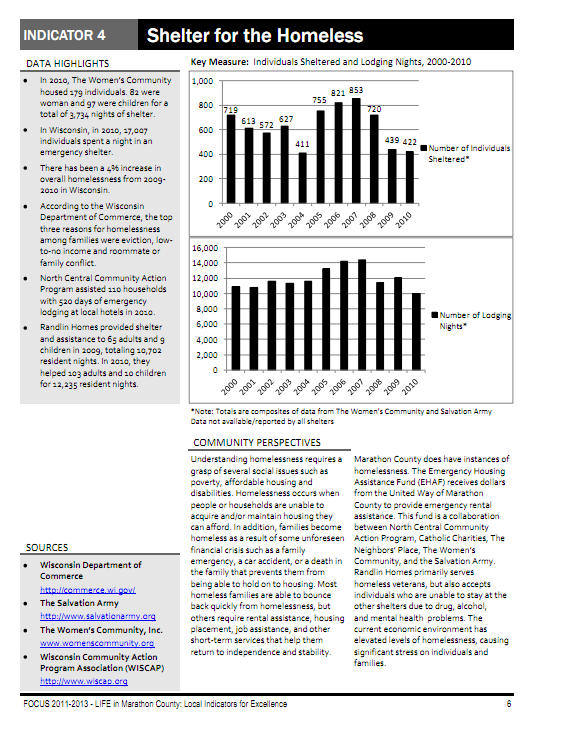 ...indicators for unmet housing needs are up. 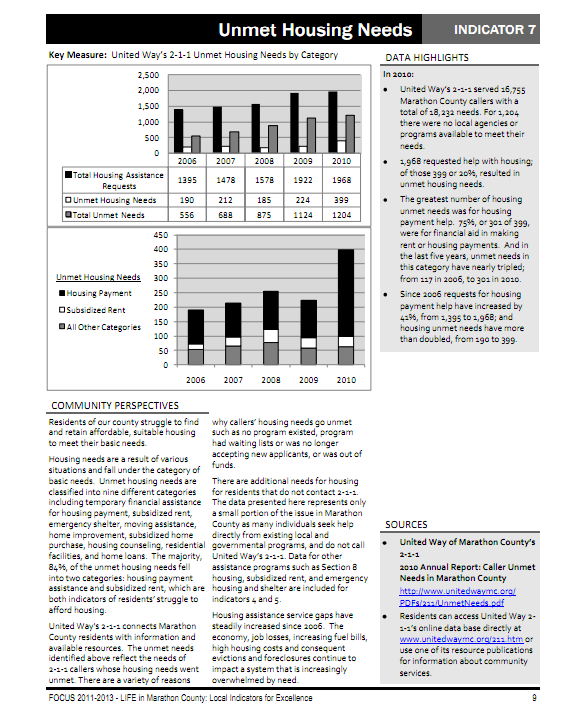 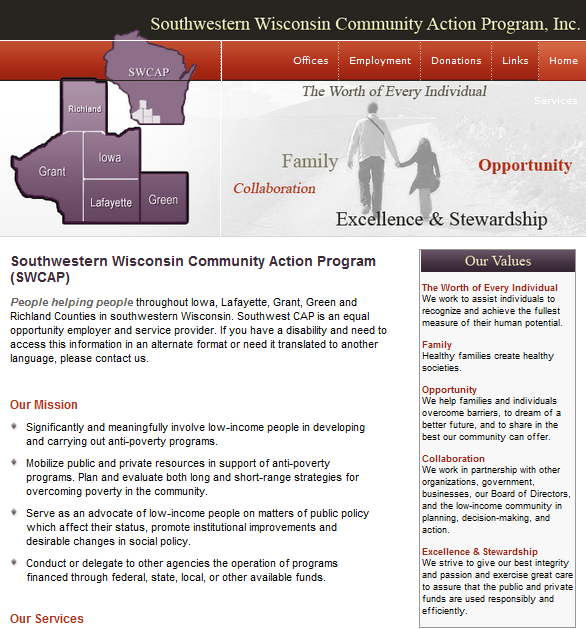 In Green County, Monroe Clinic psychologist Bob Beck has just established an affiliate of Family Promise, a national, interfaith program to help homeless and low-income families achieve sustainable independence.  He did this partially in response to a more than 50% cut in the county's funding for homeless services.  (From $310,000 in 2011 to $140,000 in 2012.) 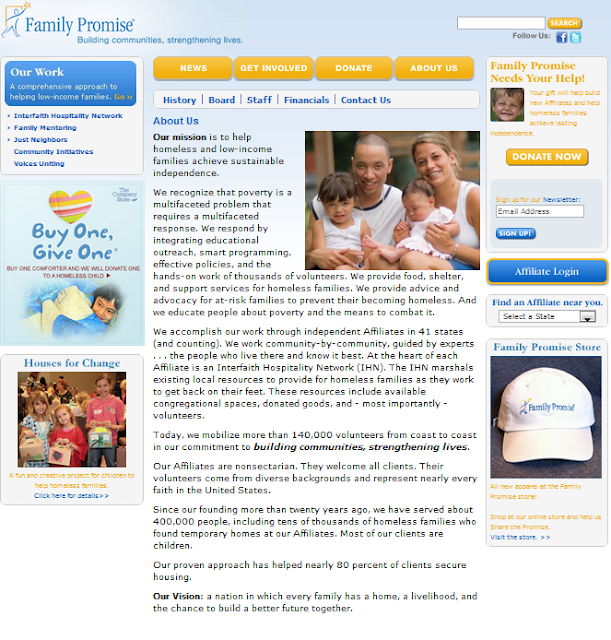 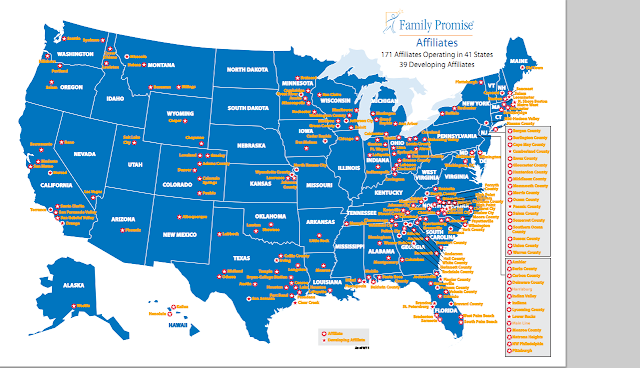 Other efforts to fight homelessness mentioned in article. 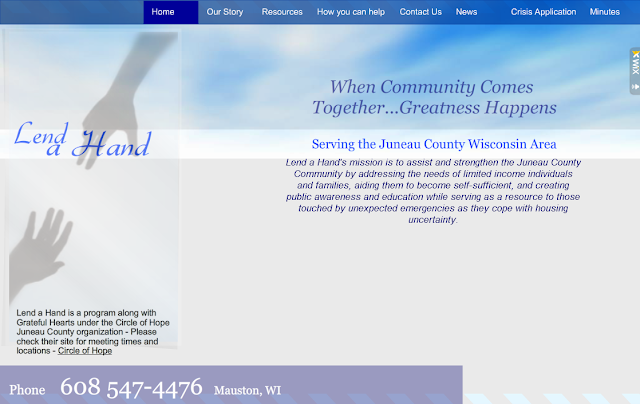 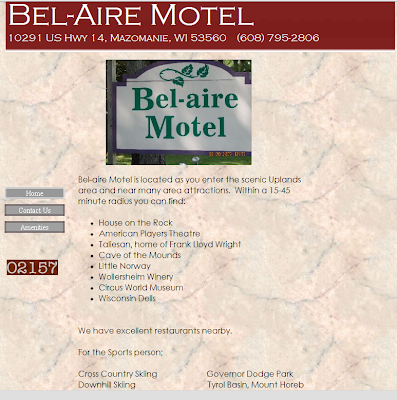 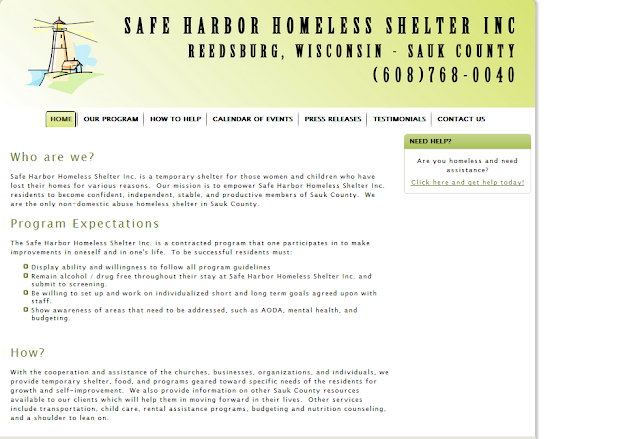 Not a new problem.

Excerpt: "There are a lot of young families who come here and get very frustrated because there is no housing for them," said Kelly Wilcock, executive director of the Sauk County Housing Authority. Wilcock's office operates 40 public housing units for the low-income, elderly and disabled in Sauk County. It also gives out housing vouchers to assist those people, but the waiting list for those vouchers is consistently about 400 people long.

"Homeless people live in Wisconsin Dells, they live in Baraboo, they live in Reedsburg," Wilcock said, "and they're not going to go away. I think the villages and cities need to address that issue.

" The downturn of the economy, combined with the rising cost of necessities like fuel and health care, have pushed more area families to the brink of homelessness -- or over the edge, said Susan Tucker, housing coordinator for the Central Wisconsin Community Action Coalition. 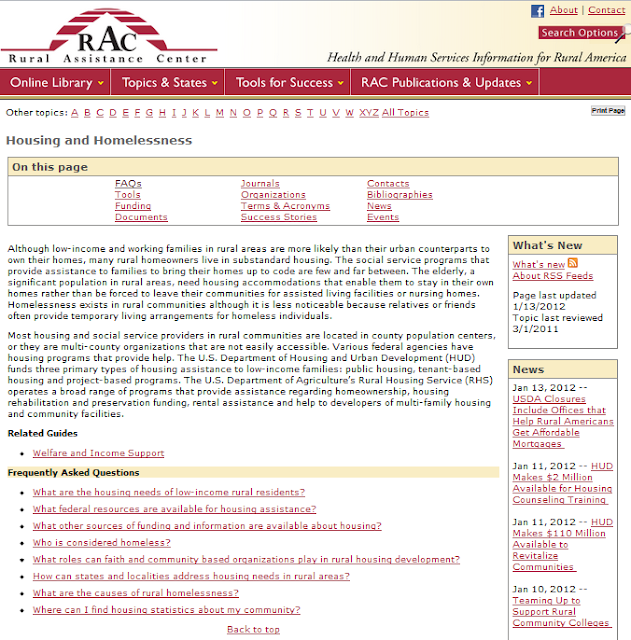 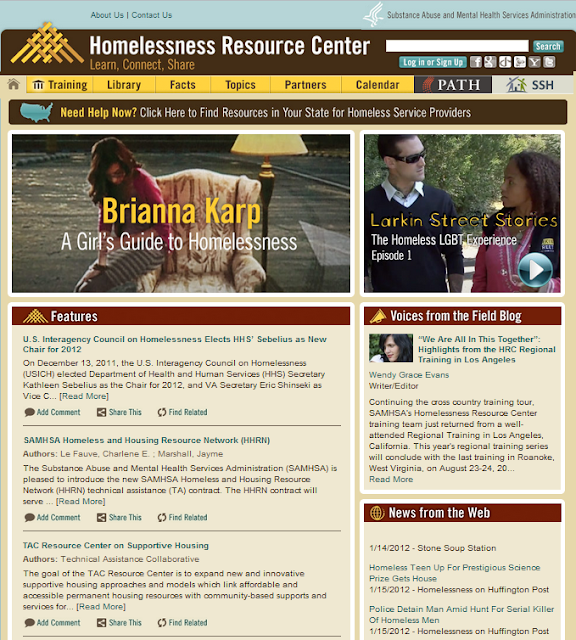