Top Ten List: Where the Bedbugs Are Most Likely to Bite 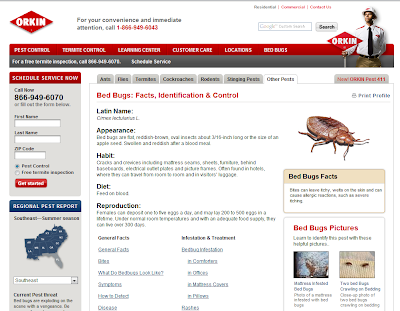 Excerpt: The Daily Beast reached out to the pest-control company Orkin to find which American cities had the most bedbug treatments from January 2008 to July 2010, and New York ended up at No. 7, so maybe it's time to cool it on the citywide panic. Here's the full list:

Another pest-extermination company begs to differ: Terminix ranks Phila. No. 2 behind NYC for infestation of the blood-sucking pests
Posted by Retiring Guy at 8:00 AM