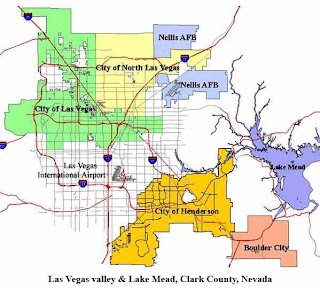 Excerpt: Take the Las Vegas-Clark County Library District, where circulation -- that is, books, CDs, DVDs and other materials checked out of the library -- is up about 12 percent over the past two fiscal years, according to Jeanne Goodrich, the district's executive director.

Also up over the past two years, Goodrich notes: Door counts, or the number of people who visit library branches, up about 12 percent; computer use, up about 25 percent; attendance at programs -- almost always no-cost programs -- the district sponsors, up about 10 percent; and, in a trend Goodrich calls "really interesting," reference questions, up about 23 percent.

"Every indicator we've got shows us people really are turning to their library for information, for (entertainment) materials, as a place to take families and kids to programs or to go to a lecture, and as a place to seek job information," Goodrich says.

It's the same throughout the rest of the valley.

At the North Las Vegas Library District which, Director Kathy Pennell says, has seen a circulation increase of about 16 percent as well as jumps in door counts, computer use and program attendance.