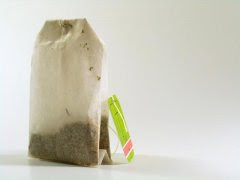 Not only did a 77-year-old Pewaukee resident not want to identify herself, but, apparently, neither did any state legislators or county and local officials want to associate themselves with this event. Unnamed "political candidates" were among the featured speakers.

According to the reporter, the star attraction was hatred for President Obama. Remember when some folks got in a lather over this meme?

Then there's this account from the Racine Journal-Times: About 3,000 attend Tea Party event in Caledonia".