Tweens and Teens at the Library? Not to Check Out Books, Apparently 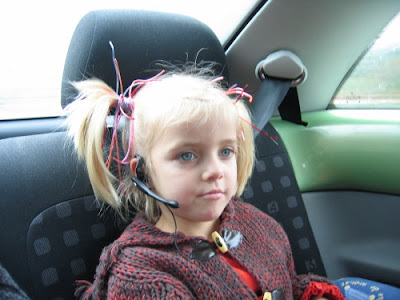 Excerpt: The average young American now spends practically every waking minute — except for the time in school — using a smart phone, computer, television or other electronic device, according to a new study from the Kaiser Family Foundation.

“At night, I can text or watch something on YouTube until I fall asleep,” Francisco Sepulveda, 14, said of his smart phone.

Those ages 8 to 18 spend more than seven and a half hours a day with such devices, compared with less than six and a half hours five years ago, when the study was last conducted. And that does not count the hour and a half that youths spend texting, or the half-hour they talk on their cellphones.

And because so many of them are multitasking — say, surfing the Internet while listening to music — they pack on average nearly 11 hours of media content into that seven and a half hours.

Media use is changing youthful attitudes? Here's a quote that'll get a rise out of librarians.

“It’s changed young people’s assumptions about how to get an answer to a question,” Mr. Roberts said. “People can put out a problem, whether it’s ‘Where’s a good bar?’ or ‘What if I’m pregnant?’ and information pours in from all kinds of sources.”
Retiring Guy thinks just about everyone has boarded this boat.
The study found that the heaviest media users are black and Hispanic youths in the 11-to-14 age range.
Posted by Retiring Guy at 6:34 AM

Labels: use of media by children and teens