Greetings from Trump's America: Van Buren County, Iowa, now 95.7% white and Trumpier than it was in 2016 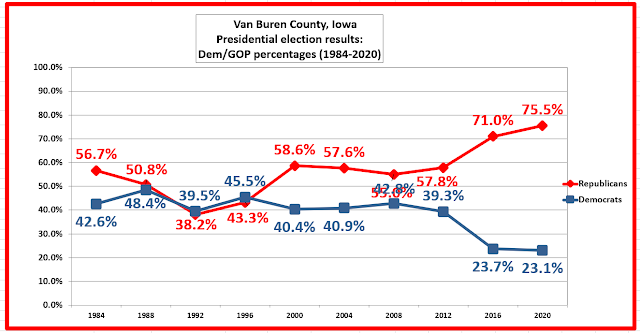 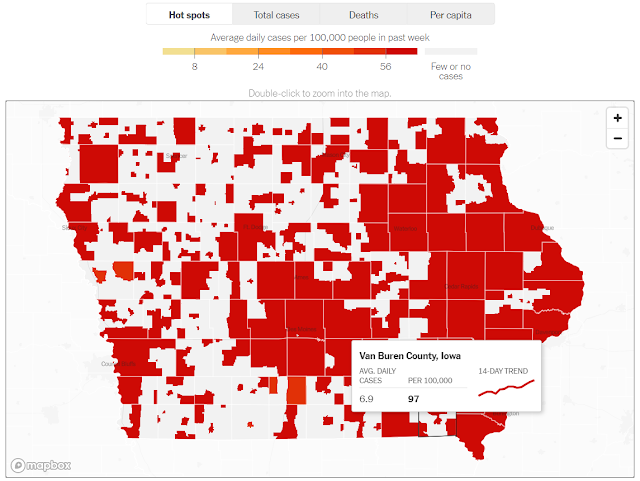 Not surprisingly, given the county’s political makeup, Van Buren County Supervisor Mark Meek and his two fellow supervisors are Republican.

“For the most part people are talking,” he said. “They can have a civil conversation.” He added, “politics does not have a very big role to play in Van Buren County.” Bob Waugh.

Yet, his fellow supervisor, Waugh, said he was wary of outsiders stirring up political division. When asked who the outsiders were he rephrased and said, “big boy people,” then, “people in Des Moines and Washington. They have no idea what it is like to make a life and a living in Van Buren County, in rural Iowa.” 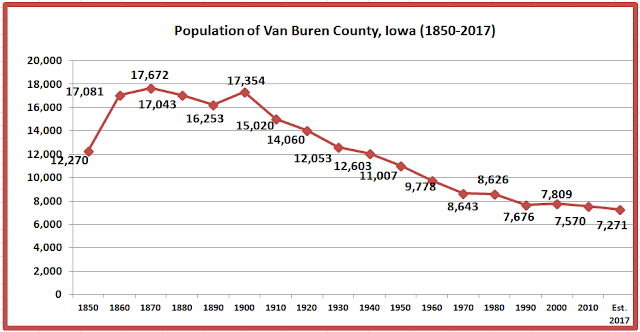 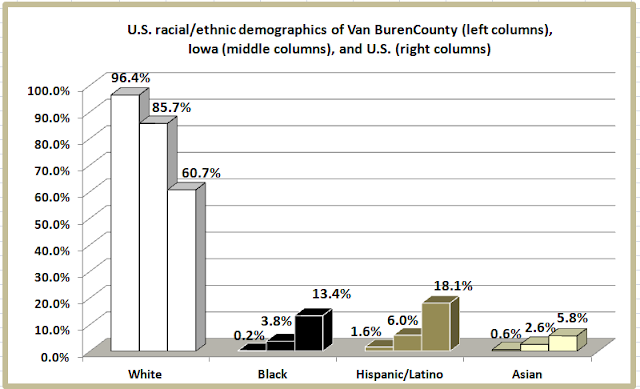 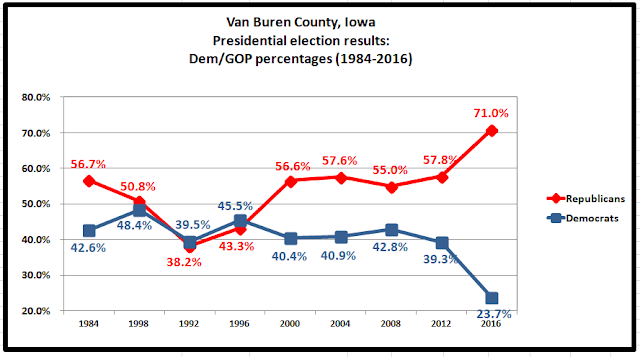