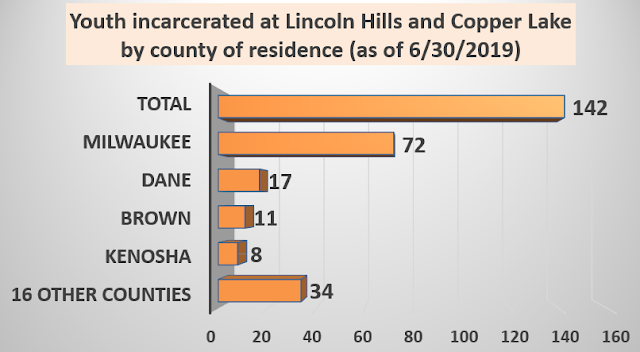 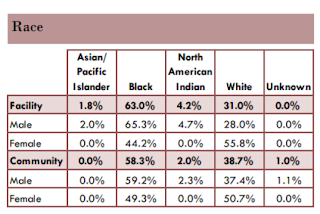 52 Wisconsin counties do not have any youth residents incarcerated at Lincoln Hills or Copper Lake.

What the closing of Lincoln Hills youth prison means to you and Milwaukee.  (On Milwaukee, 2/23/2019)

According to Department of Juvenile Corrections data, black youth made up more than 70 percent of youth committed to Wisconsin correctional facilities, while they are only 10 percent of Wisconsin's total youth population. 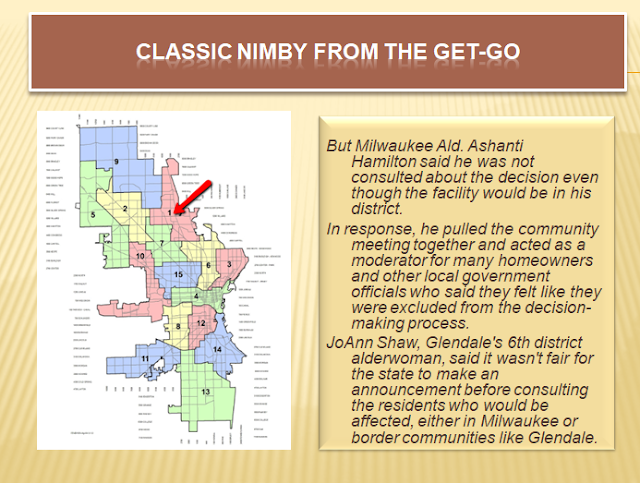 32 juvenile offenders are going to be housed within a 17-acre site -- not in tents in people's back yards. 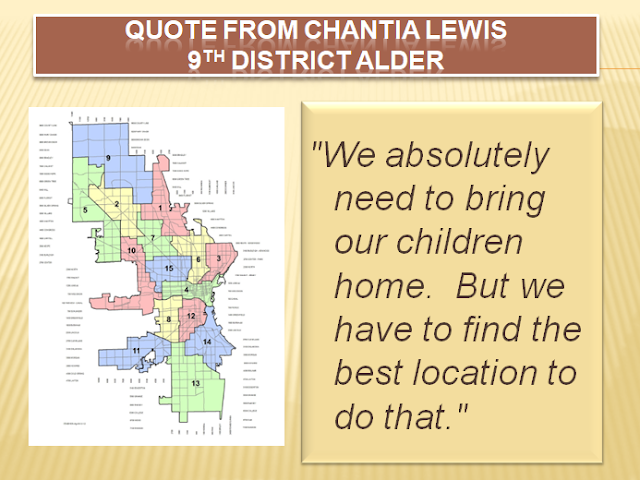 
Both the state and county are considering sites in the 9th Aldermanic District on the city's northwest side.

Ald. Chantia Lewis, who represents the district, held a community meeting last month about the proposed state and county facilities. More than 100 people showed up, many worried that the plans could hurt local businesses, such as Direct Supply and the Phongsavan Asian Market.


According to Merriam-Webster, the first known use of NIMBY occurred in 1980.

Other coinages from the same year: