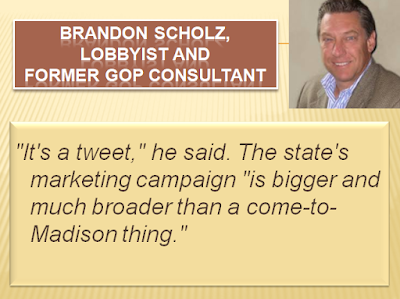 
What can we say?  How about 'opportunist', 'machinator', 'self-seeker', 'conniver'.  As part of an effort to draw more people to a state that faces a looming workforce shortage, Republican Gov. Scott Walker's job-creation agency has commissioned a marketing campaign with promotional videos that are much kinder to Madison than longstanding Republican portrayals of the city as an ultra-liberal, out-of-touch "77 square miles surrounded by reality."

But let's take a look at the actual percentages:

But here's the most disturbing thing.  Scott Walker thinks Wisconsin doesn't need an extremely healthy drop in the unemployment rate. 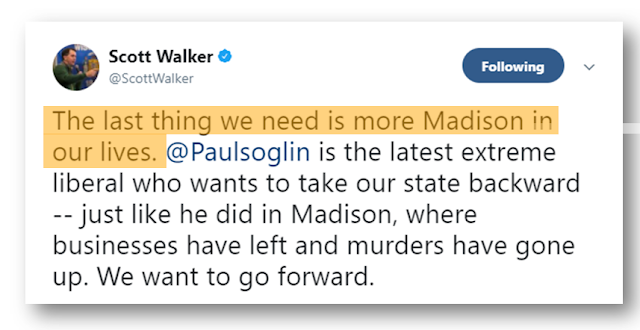 Not to mention job growth.  (See Powerpoint slide below.)

Scott Walker seems to want to kill the golden goose, if for no other reason than spite.

Do you really want to see this guy serve a third term as Governor?

Ten months before the gubernatorial election, Scott Walker is playing the boogity-boogity-boogity Madison card.  He increasingly sounds like Donald Trump when he tweets. 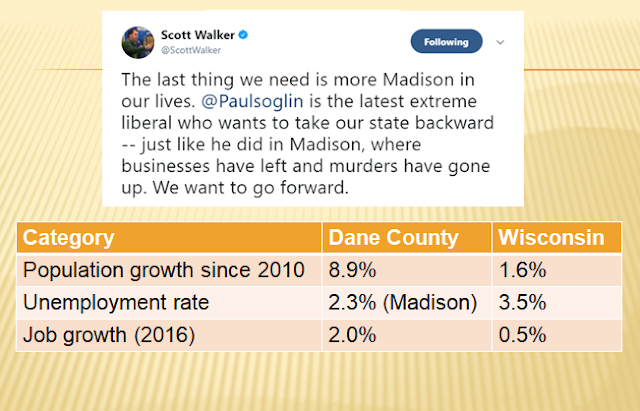 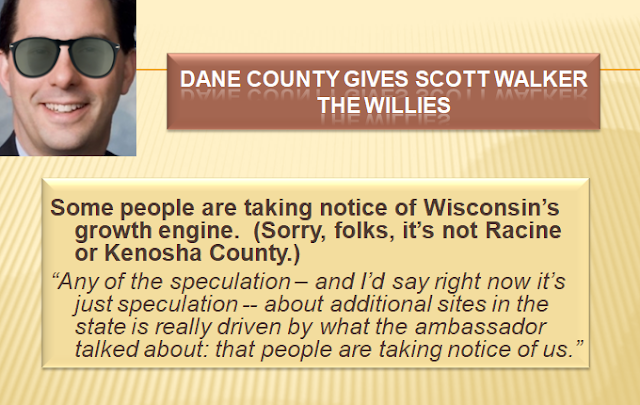