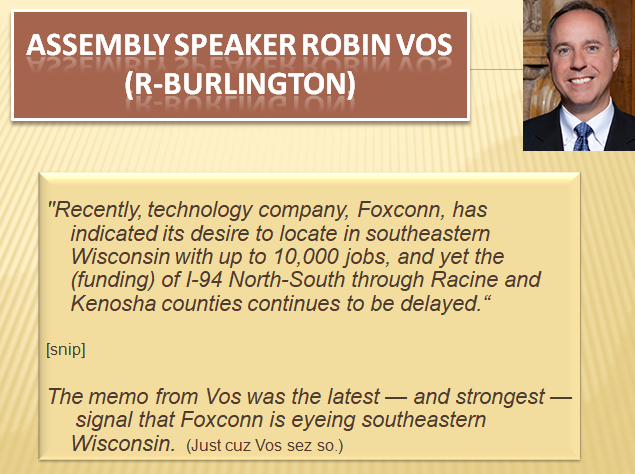 
7/2/2017 update, "Too many high school grads?  These examples might not bode well for Wisconsin.", starts here. 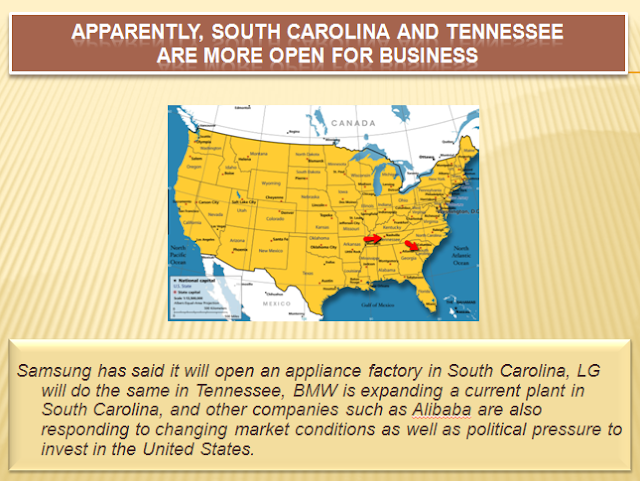 Reported in In era of ‘new collar jobs,’ Wisconsin can compete for business like Foxconn.  (Madison.com, 7/1/2017)

But then maybe it's about something else altogether.


Among provisions in the recently passed and signed IMPROVE Act, which raises fuel taxes for the state's highway fund while cutting several general fund taxes, is a reduction in Tennessee corporate franchise and excise taxes for manufacturers.


A grim bargain.  Once a weakness, low-skilled workers who get paid little have become the Deep South’s strength.  (Washington Post, 12/1/2015)


Though many states recruit businesses with tax incentives, states in the Deep South pioneered the practice and remain aggressive users of the tool, pitching not just tax breaks but low costs and anemic union participation. The strategy has both payoffs and potential downsides. Mercedes, Honda, Hyundai, Kia, Airbus and Boeing now have plants in the Deep South, providing tens of thousands of sturdy middle-class jobs. But while those high-profile plants attract much of the attention, experts say tax breaks often are used for the many companies offering lower-wage work.


Just as in the 1850s (with the Dred Scott decision and the Fugitive Slave Act), the Southern labor system (with low pay and no unions) is wending its way north. 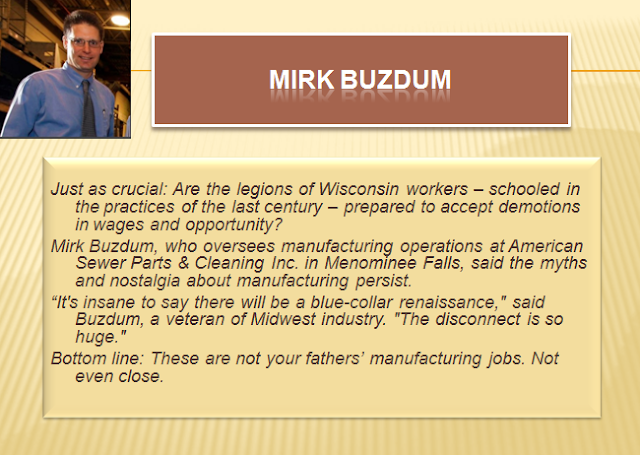 Reported in If Foxconn builds a manufacturing plant in Wisconsin, it won't be what many expect.  (Milwaukee Journal Sentinel, 6/27/2017) 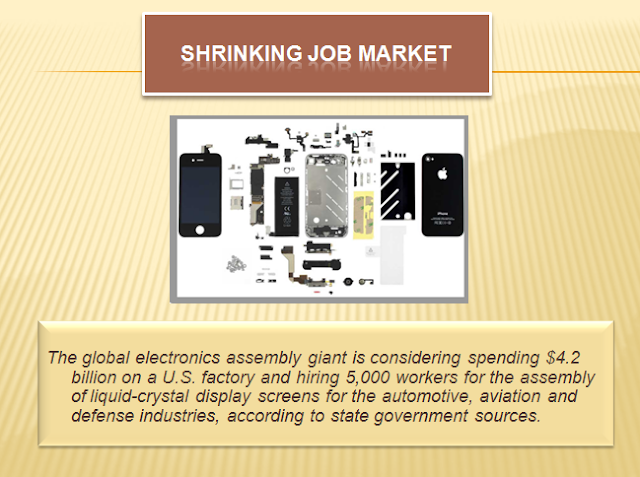 After a meeting with President-elect Donald Trump, Masayoshi Son, founder and CEO of Softbank, a mobile telecom and investment firm, suggested Foxconn could create 50,000 jobs in the U.S. 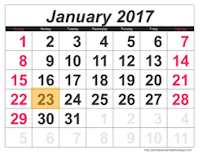 
Over the weekend, Foxconn's billionaire chairman, Terry Gou, filled in some of the gaps in the plan.

He told reporters that the plan to build a plant for displays was still very tentative, but if it went ahead the investment would exceed $7 billion and could create 30,000 to 50,000 jobs, according to news reports.

Gou singled out Pennsylvania as a possible location, adding that the investment would depend on Foxconn being able to negotiate good rates for land and power.

The usual case of states giving away the store for jobs.  [Michigan Governor Rick] Snyder, a Republican, has been increasing pressure on Michigan lawmakers to approve tax incentives for large-scale business expansions in the state as it tries to convince Foxconn to locate in his state.

Michigan’s Senate Majority Leader Arlan Meekhof said this week in advocating for the incentives to lure Foxconn that “we should put our best foot forward so that we don’t lose all of it or part of it to a neighboring state.”

Wisconsin state Rep. Joel Kleefisch, R-Oconomowoc, said Wednesday he would “jump at the chance” to work with the Walker administration to pass any economic development incentives deemed necessary to land the Foxconn plant.

The governor of Pennsylvania is a Democrat.

And not nearly enough of an hourly wage to afford the fair-market rate for a two-bedroom apartment. 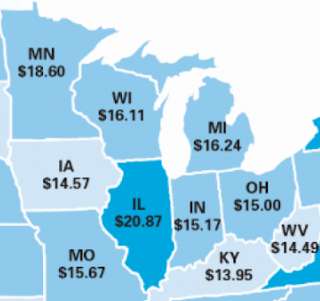