Guilty Pleasure of the Day: "All Strung Out" by Nino Tempo and April Stevens


Luxuria Music, an Internet-only radio station that broadcasts from Glendale, California, played this catchy tune while I walked to the post office today.

When was this song released? I asked myself.

I used to be quick on the trigger pinpointing the period of peak popularity, to the month, of a 1960s-era single.  Now I find myself having to pause a beat or two.

I'd have to guess 1966, continuing with my train of thought.  But as for the month, I'm drawing a blank.  But I'm leaning toward the fall.

Give me a gold star!

The Phil Spector Wall of Sound-inspired "All Strung Out" debuted at #80 for the week ending September 10, 1966, just as I was beginning my junior year in high school.  It reached #26 in its 7th week on the chart but fell out of sight two weeks later.

Nino Tempo (Antonio Lo Tempio) and April Stevens (Carole Lo Tempio) were a brother-and-sister act from Niagara Falls, New York.  During the early-to-mid 1960s, they specialized in covering popular songs from the 1920s and 1930s. 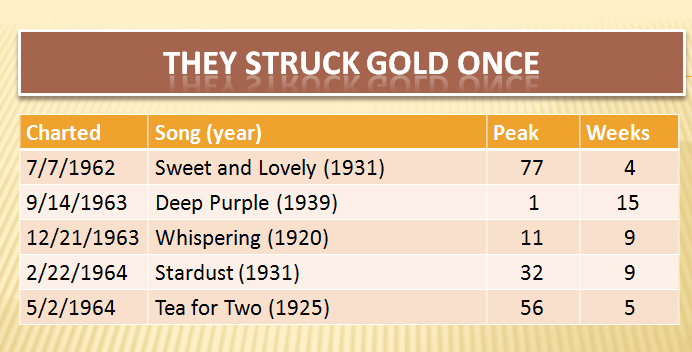 Labels: All Strung Out, Nino Tempo and April Stevens