What they said really meant to say. 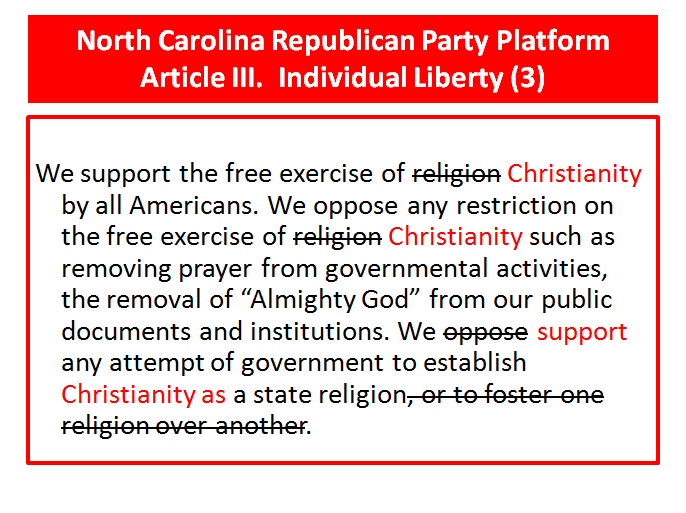 
A resolution filed by Republican lawmakers would allow North Carolina to declare an official religion, in violation of the Establishment Clause of the U.S. Bill of Rights, and seeks to nullify any federal ruling against Christian prayer by public bodies statewide.