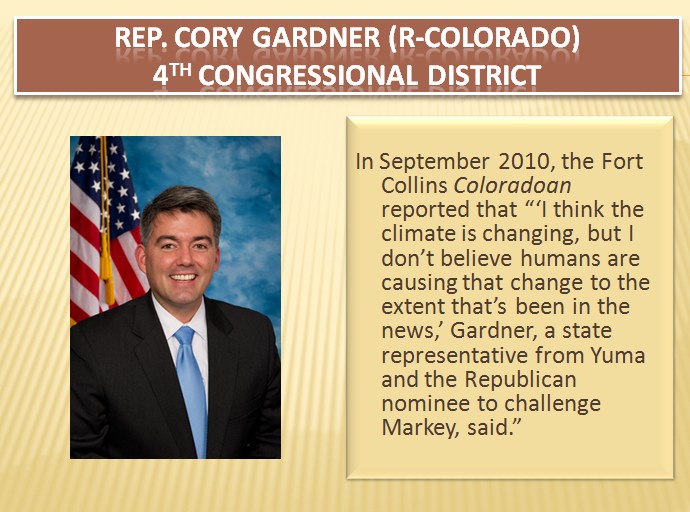 
Elected to Congress as part of the Tea Party Class of 2010, Gardner was recently elected to the U.S. Senate, defeating Democratic incumbent Mark Udall with 48% of the vote.

During his 2nd term in Congress, Gardner served on the House Committee on Energy and Commerce.