At this point in the series, I suspect you have already noticed that we have seen quite the parade of white men.  Of the 34 representatives profiled so far, Alabama's Martha Roby is the only woman. 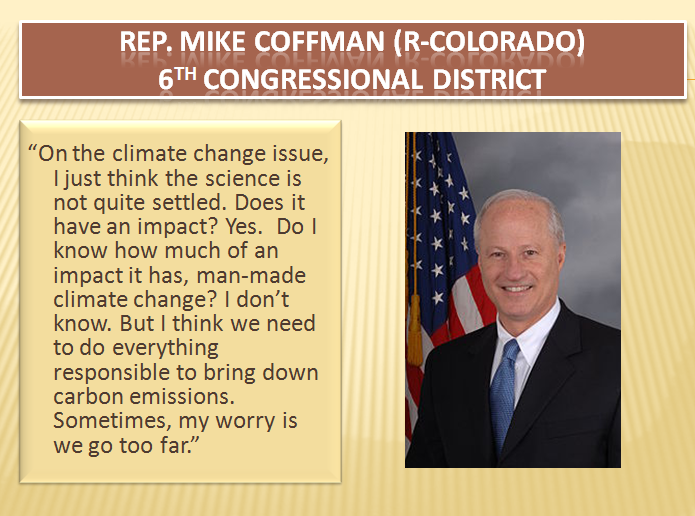 
Coffman represents a gerrymandered district north, east, and south of Denver, so his views on the environment need to be somewhat circumspect.

None of the committees on which he serves is directly related to environmental issues.