The Retlaw in its prime. 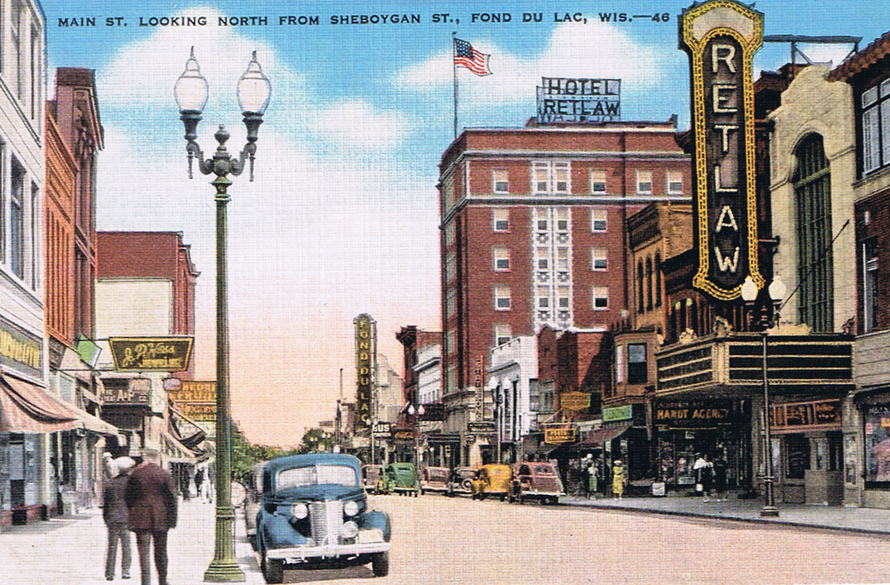 Observations from reporter's tour of theater.  But we saw areas of the building June 27 in very poor condition due to water damage. There were seats remaining on one side of the main theater, though covered in a light, powdery mold. The other row of the seating had been removed, and the space was a dumping site for other materials. Portions of the walls were peeling and discolored. Ornate wood architecture was present near the damaged areas and it was unknown if it, too, had sustained damage.

We toured by flashlight because there is no electrical service. There were no working heating or cooling systems for the theater. 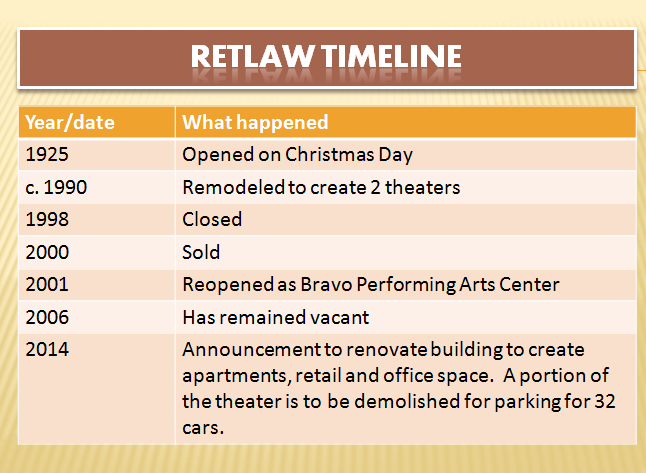 A more recent photo of the theater's facade, the original marquee and sign long gone. 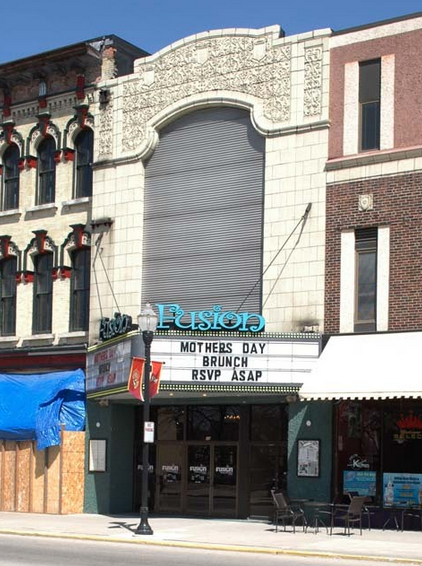 The Fusion Restaurant was part of the Bravo Performing Arts Center.