It's Not a Pretty Picture for Kansas Governor Sam Brownback

How to create a debacle in 3 easy steps.   In many ways, Brownback’s term has been a perfect experiment in Republican governance.
The result was supposed to be a nirvana of economic growth and budgetary stability. But the opposite happened.

And according to the latest poll of the Kansas governor's race, it looks as though voters are going to make him pay the price. 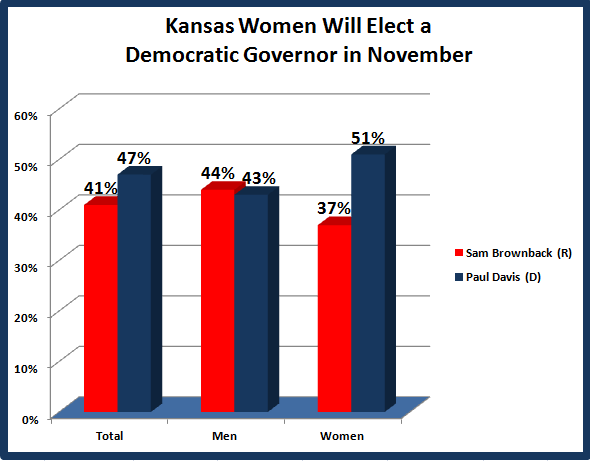 Source:  Survey USA
Posted by Retiring Guy at 8:50 AM

I'm sure my in-laws are crossing their fingers.