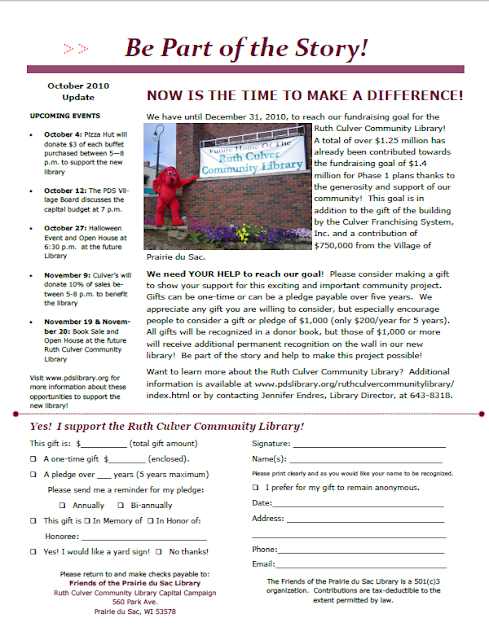 Excerpt: Prairie du Sac library director Jennifer Endres said this summer when the library found out how much money it would receive from the Schrieber estate, it galvanized the fundraising efforts for the new Ruth Culver Community Library in downtown Prairie du Sac where the public library will be relocating.

"It was amazing because people we talked to about the project could see there was already support for the library," Endres said. "It let people know we could reach our goal. It's just been amazing."

The adult collection of the new library will be dedicated in the memory of Ann Schrieber and her husband William Schreiber, and the library will continue fundraising until the end of this year in hopes that it will raise enough money to do extensive renovations of the former Culver's building on Water Street where it will move in 2012.

So far, the library has raised $1.25 million, which included Ann Schrieber's donation.