Of special interest to those who love both libraries AND architecture. 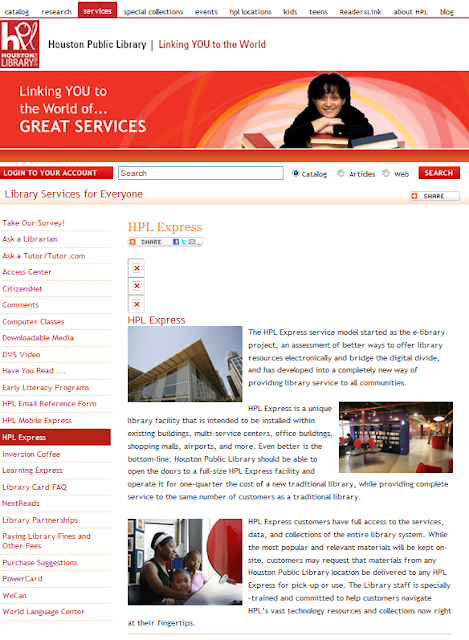 Excerpt:   I'd driven in search of the Frank Library because "Public/Service," a new exhibit at ArCH, the gallery at the Architecture Center Houston, intrigued me. Its judges had picked a handful of the Houston area's best new civic projects - generally, projects that gave new life to old institutions, and sometimes, to old buildings. I already knew and liked most of them (Miller Outdoor Theater, the Clayton Library, the Julia Ideson Building, New Hope Housing). But I'd never even heard of the Frank Library. 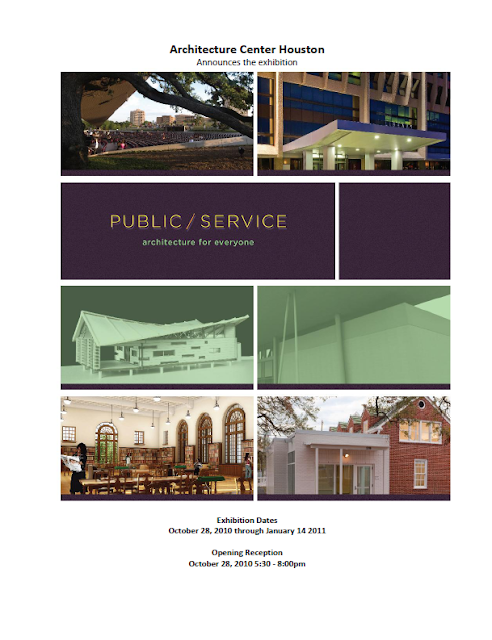 LINK
And I was especially curious about it. I love books, but I'm also fascinated by Kindles and iPads, and I've been wondering: As the Internet nibbles away at the printed word, what will libraries become?

As it turns out, the Houston Public Library was way ahead of me. Eight years ago, it hired m Architects to draw up an e-library prototype: an "Express" branch that would emphasize public computers more than books. Unlike bigger, traditional, built-from-scratch libraries, an e-library would be popped into an existing building: a strip mall, maybe, or an airport. Reusing a building like that is far better for the planet than building one from scratch. And - maybe more relevant to the cash-strapped library system - it would also be cheaper than building and operating the traditional kind.

But the most interesting of the four is the Frank Library: a public place in a private office building, a new idea in an old mid-rise, a library where books are not the main point. 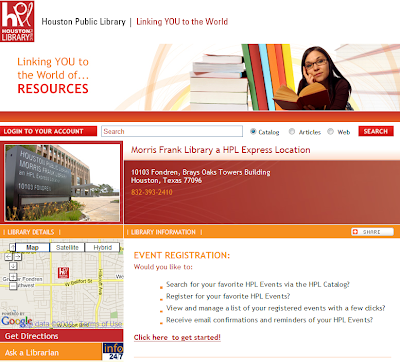