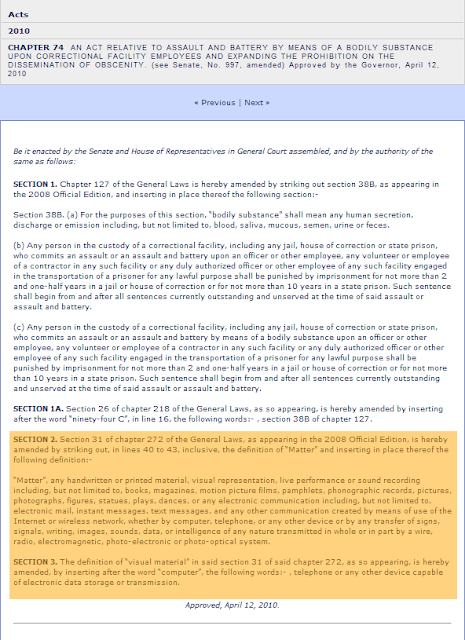 Excerpt: After lawmakers hastily passed new language, a coalition of booksellers and website publishers sued, arguing that the new law would hold criminally liable anyone who operates a website with nudity or sexual material, potentially including a vast range of subjects, from art to health information on pregnancy. They said the law failed to distinguish between open websites and obscene material sent knowingly to a child.

In granting a preliminary injunction against the law yesterday, US District Judge Rya W. Zobel said the plaintiffs demonstrated “without question’’ that the law violated the First Amendment by inhibiting free speech, which civil rights advocates called a clear victory.
Posted by Retiring Guy at 6:16 AM