Conservatives in bed together: The Bradley Foundation and the Wisconsin Institute for Law & Liberty (the voter suppression edition)


The men are not named in the article cited below. 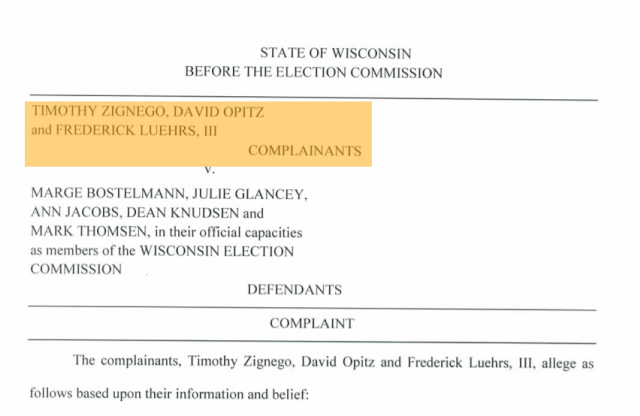 Lawsuit seeks to force Wisconsin election officials to remove people who may have moved from the voter rolls.  (Milwaukee Journal [snip]Sentinel, 11/13/2019)


Three suburban Milwaukee men backed by a conservative legal foundation sued state election officials Wednesday to try to force them to remove thousands of people from the voting rolls because they are suspected of having moved.


According to a Wisconsin Democracy Campaign database: 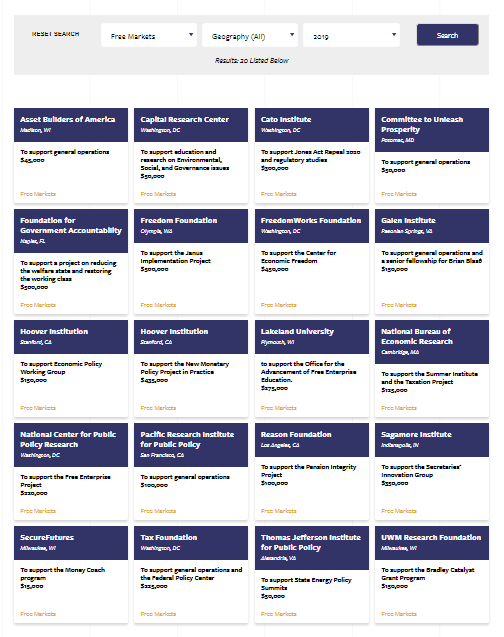 In this case, 'free market' is means no government regulation unless it serves to advance cartoon conservative principles.


Through 2016 the Wisconsin Institute for Law & Liberty received $4,155,355 from the Lynde and Harry Bradley Foundation.


Wisconsin Institute for Law and Liberty.  From its convoluted "Who We Are" statement. 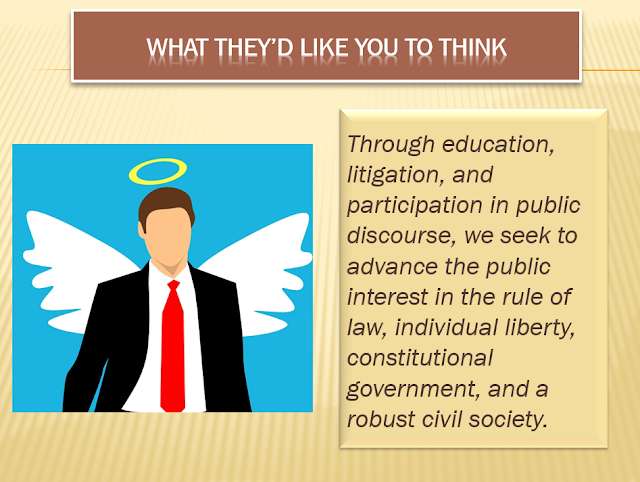 The "Who We Are" statement also includes this nonsense.


We recognize that these ideals are neither Democratic nor Republican, but American. 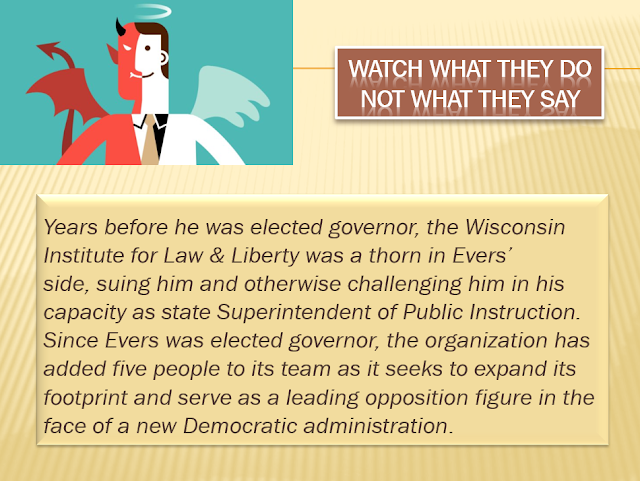 The money link between Scott Walker and 2 contributors to the National Governors Association Conference.  (8/2/2013)
Wisconsin's conservative Bradley Foundation manages to avoid the spotlight.  (11/21/2011)

Other WILL posts:
UPDATE. Free-market, limited-government types push back against Christian Science Monitor article.  (11/5/2016)
Conservative group aligned with Scott Walker hopes to strangle the final breath from local control.  (7/12/2016)
In the news:  Wisconsin Institute for Law and Liberty.  (7/2/2013)