"We need a Republican in the United States Senate": Be careful what you wish for, GOP. 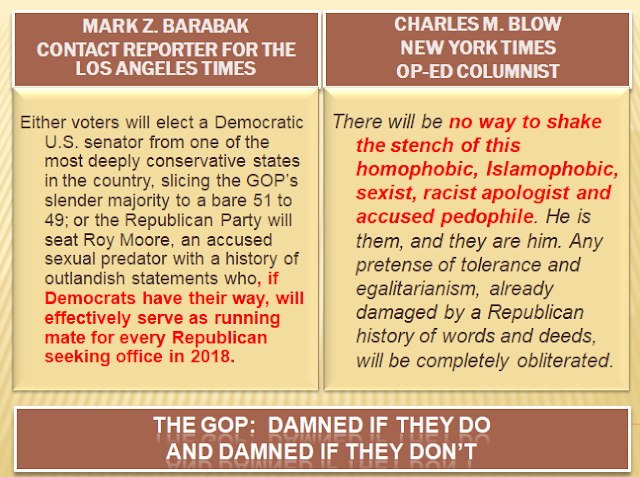 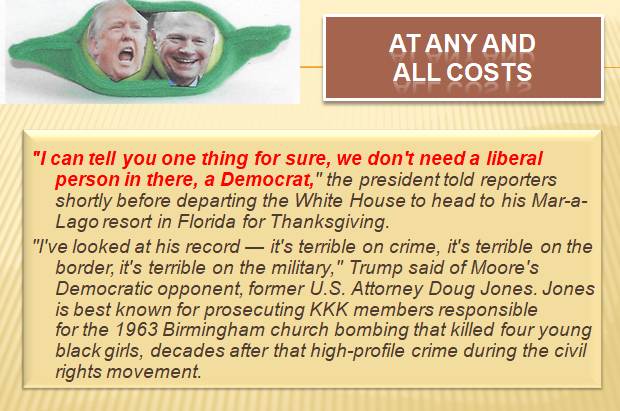 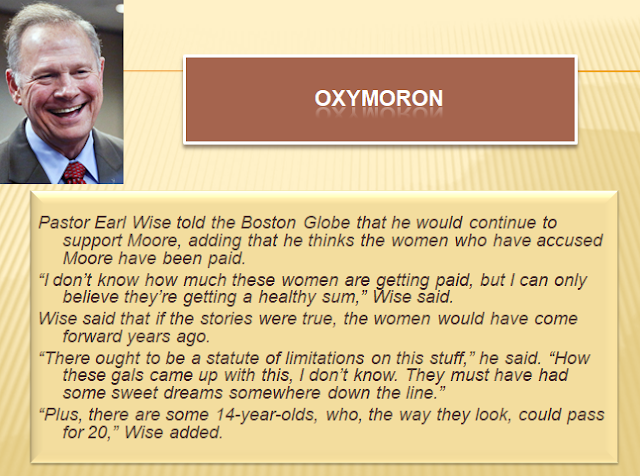 11/18/2017 update, "Alabama governor Kay Ivey in so many words:  If we have to elect a sexual predator to the senate so be it", starts here. 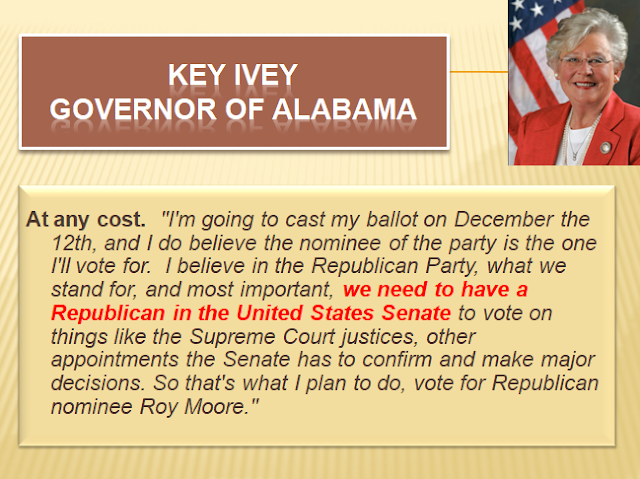 
Original 11/17/2017 post, "Piggybacking on Roy Moore:  Hypocritical, lost-in-the-wilderness religious right will use any and all means to end abortion", starts here. 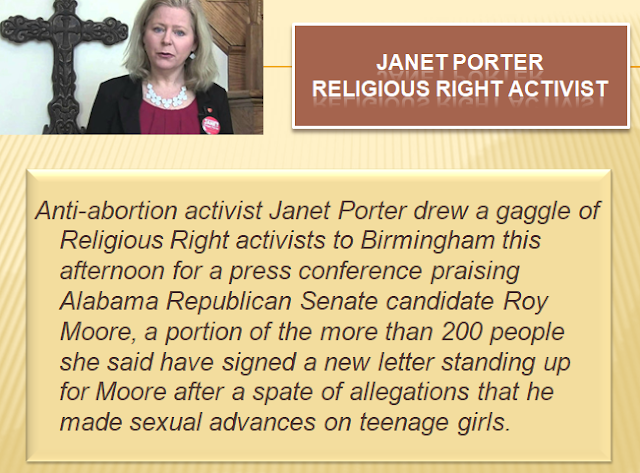 
Roy Moore’s success among evangelical voters — like Donald Trump’s — is a consequence of the fact that we evangelicals seem to have conveniently forgotten certain fundamental truths. We need to open our Bibles, or maybe better yet, our hymnals: “For not with swords’ loud clashing/Nor roll of stirring drums/With deeds of love and mercy/The heavenly kingdom comes.”


As Right Wing Watch has reported, Porter, the former legislative director for Ohio Right to Life and the founder of the far-right group Faith2Action, has a colorful record. She promoted conspiracy theories about President Barack Obama and brought in fetuses to testify in front of the state Legislature for the 2011 version of the heartbeat bill. Porter, who lost a bid for the Ohio state Senate this year, says Donald Trump’s win has given anti-abortion activists a “green light” to end abortion. She’s also promised to bring the heartbeat bill to Congress. When she attended the funeral of the famous opponent of the Equal Rights Amendment, Phyllis Schlafly, this fall, Porter says she convinced Iowa Rep. Steve King to introduce a federal version of the heartbeat bill.