UPDATE. Dear Roy Moore, God is not on your side 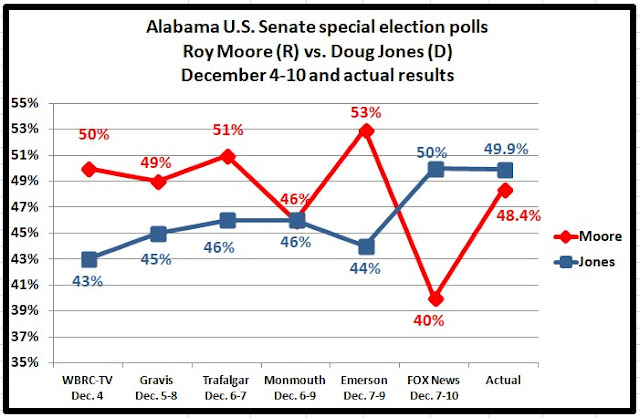 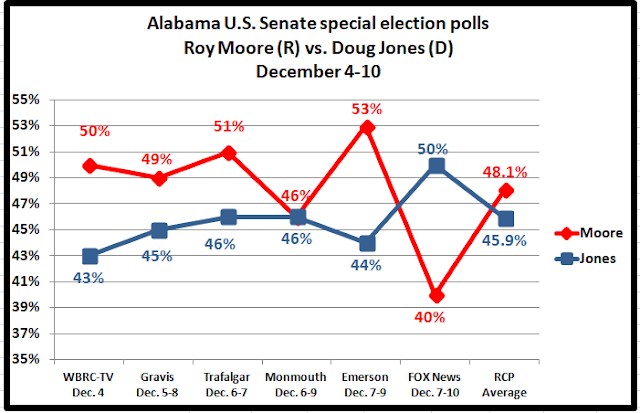 According to Real Clear Politics poll averages.  Well within the margin of error.

Emerson, on the other hand, has the race tightening up considerably since its September 21-23 poll. 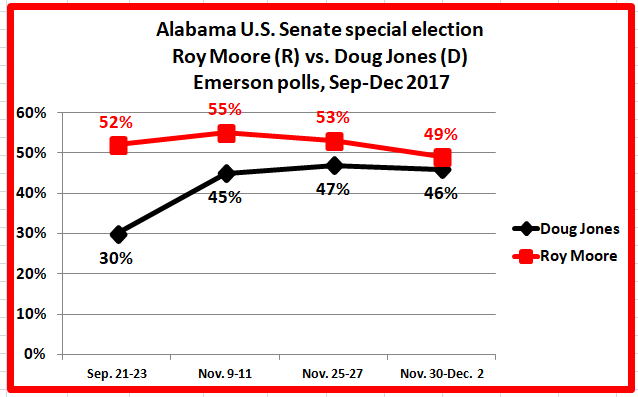 And then there's this recent development, which none of the recent polls have factored in.


Lee Busby, 60, of Tuscaloosa, Ala., said he thinks that the allegations of sexual impropriety against Republican nominee Roy Moore have created an opportunity for a centrist candidate to win more than a third of the state’s votes in the Dec. 12 special election.

“I think you can flip this thing. If this were a military operation, the left flank and the right flank are heavily guarded,” Busby said. “I think that gives you an opportunity to run straight up the middle.”

In the 2 most recent Emerson polls, Jones cuts Moore's lead to 7 from 10 percentage points. 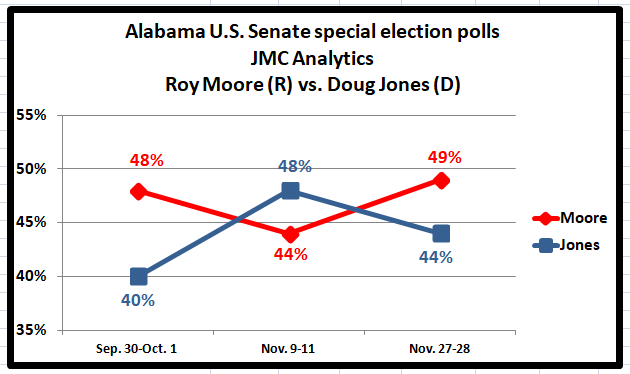 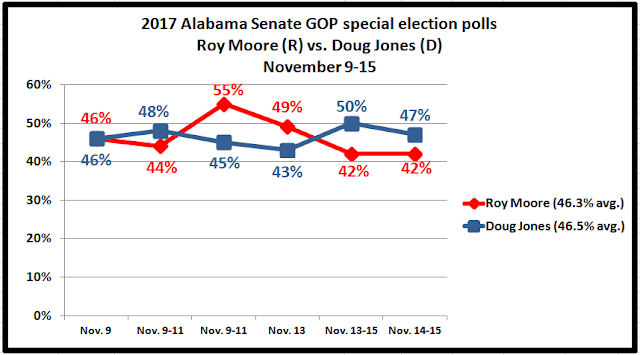 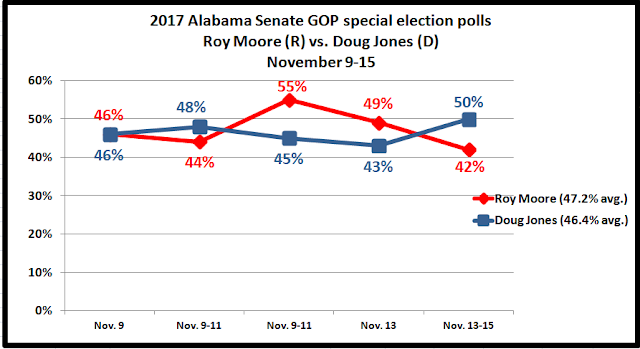 
Jones’s lead is outside the margin of error of 3.5 percent, revealing a substantial bump a week after sex allegations against Moore, beginning with a Washington Post report that included a woman who alleged Moore sexually assaulted her when she was 14, dominated the news. One of first polls after the Post story broke showed Moore and Jones even; now, the Democrat has pulled ahead a little less than a month away from the December 12 special election.