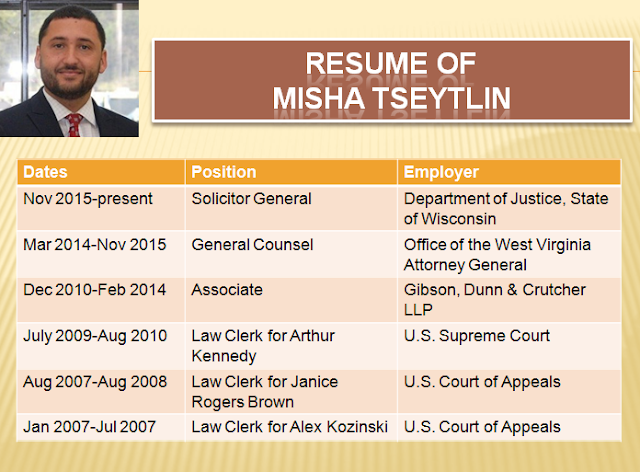 
In December, he appointed Misha Tseytlin to lead the office. Tseytlin had been general counsel for West Virginia as it fought federal limits on burning coal. Tseytlin is a member of the conservative Federalist Society who served as law clerk for U.S. Supreme Court Justice Anthony Kennedy.


In Wisconsin, Tseytlin is expected to help the state fend off recent court challenges to new laws that restrict abortion and require photo IDs to vote. -


It hasn't been a particularly productive summer for Misha.