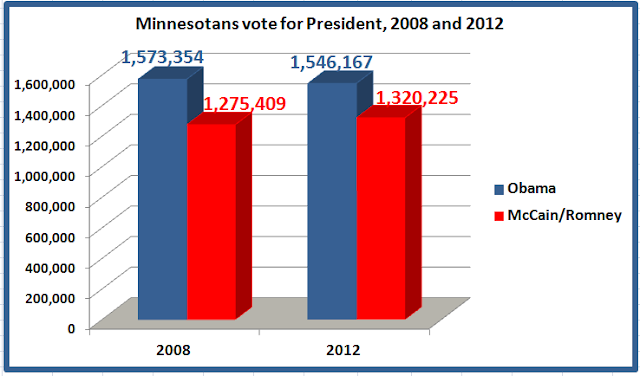 
In other words, big waste of time for Trump.  The crowd of about 3,000 attendees, many of them from Minnesota, which hasn't had a visit from either major presidential candidate, raucously chee:red "President Trump" at the end of the speech.

White guys, every one.
Posted by Retiring Guy at 8:39 PM