Keep in mind that we haven't heard the last word. 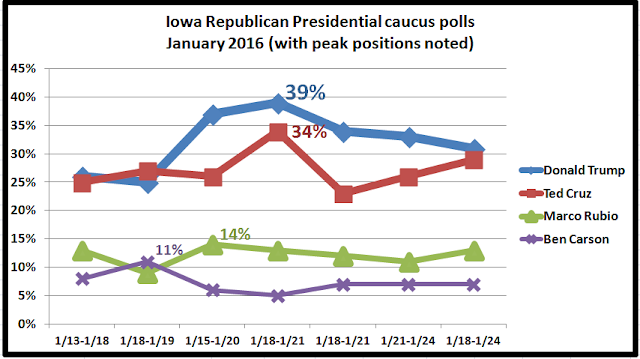 The behinders in the 1/18-24 Quinnipiac poll:
Other stuff:  Bush and Trump tied at 24% among candidates whom poll respondents would not support. 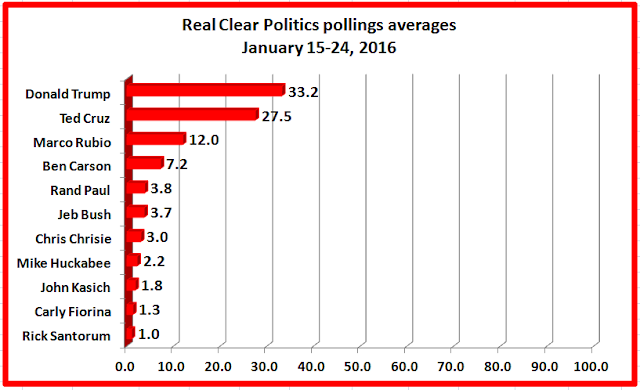 The caucuses are held on Monday, February 1.