Once Trump inches above the 40% level, his poll numbers start to recede


As they are doing now.

Is Trump still riding the seesaw, or have we entered a new stage of the campaign? 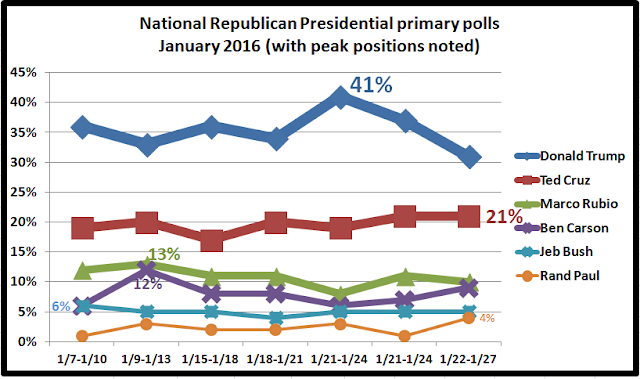 Other stuff:  President Obama’s job approval rating climbed to 49% from 43% in early January.  (Apparently, he's looking much better in comparison to the current crop of candidates.)