Feel older now: 50 years ago, "I Fought the Law" debuted on the Billboard Hot 100

"I Fought the Law" is a faithful remake of a song written by Sonny Curtis, one of the Crickets before and after Buddy Holly's untimely death.  It originally appeared on the Crickets' 1960 album, In Style with the Crickets.  The Bobby Fuller Four's follow-up single, "Love's Made a Fool of You", is from the same album.  This song was written by Buddy Holly in 1954 but never released in any version until after he died.  Top 10 lightning did not strike twice. The Bobby Fuller Four's version lost steam at #26 and spent just 6 weeks on the Hot 100.

Just 2 weeks in the top 10.
For the amount of airplay it continues to get on oldies radio, you might have thought it had spent at least a few weeks at #1. 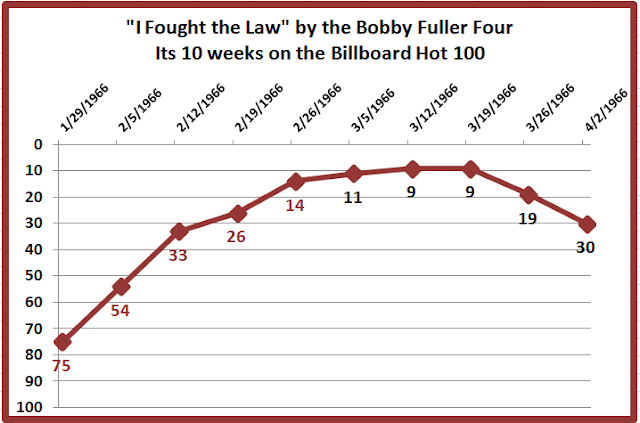 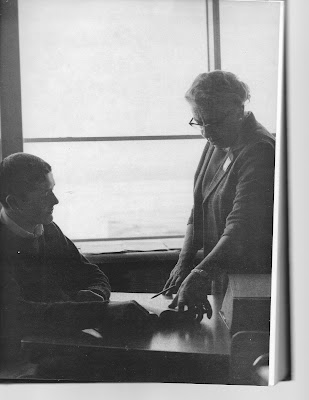