To which the packed audience responded with a loud, unified chorus of "THAT'S DEBATABLE!!" 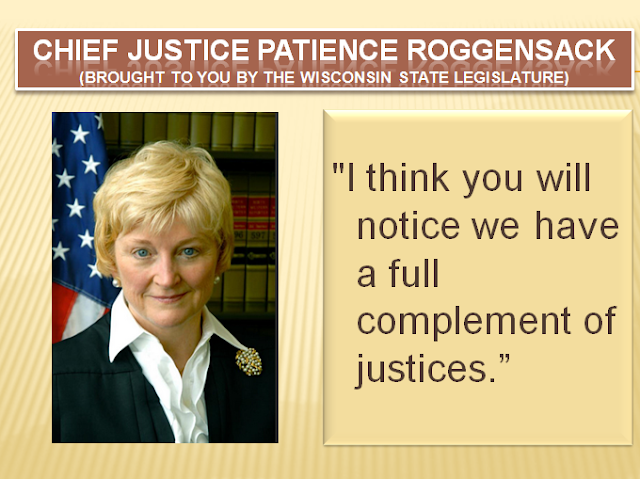 Running amuck [sic] in her campaign.


Also Monday, The Associated Press reported Bradley had registered a website domain name identifying her as a justice even before applications were due to apply for an opening on the court. She is using the site for her campaign to be elected to a full 10-year term on the court.