Meet 'the crazies', the members of the U.S. House of Representatives' Freedom Caucus: Cynthia Lummis (R-WY) 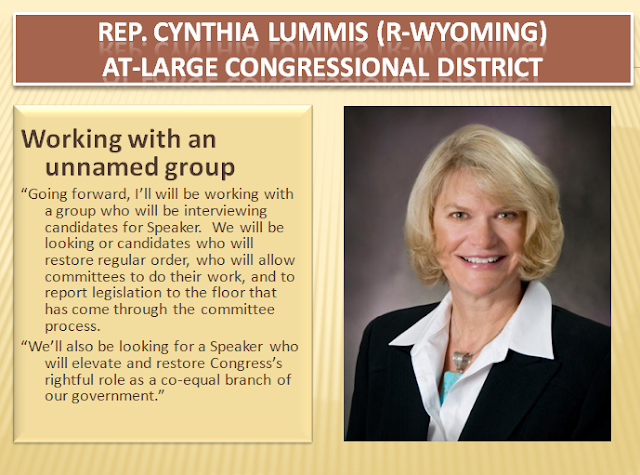 I suspect -- and I'll be looking into this in future posts -- that 'regular order' is a Republican code phrase along the lines of  'rule of law', i.e., 'what I say goes!'.