Since 2010, 58 rural U.S. hospitals have closed. The 58th is located in Independence, Kansas, home to an award-winning public library.


Where the population, along with the county in which it's located, experienced its greatest period of growth more than 100 years ago.

Population change since their 1930 peaks:


Mercy’s problems attracted notice in Topeka, the state capital, as some lawmakers renewed calls on the state to expand Medicaid under the Affordable Care Act, a move that would have pumped an estimated $1.6 million a year into the hospital’s coffers. But Gov. Sam Brownback, a Republican, remained steadfastly opposed to the idea. Hospital officials said the Medicaid funds would have helped significantly but probably would not have ensured Mercy’s long-term survival.

Reductions in Medicare payment rates are hitting many rural hospitals hard, because they serve older populations and operate on thinner financial margins than their urban and suburban counterparts. 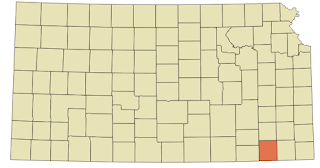