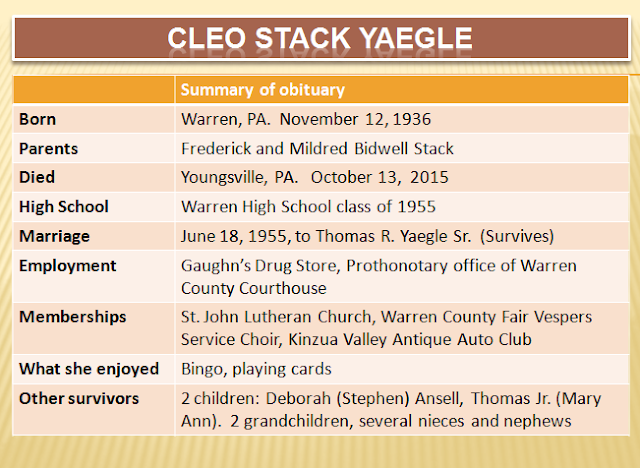 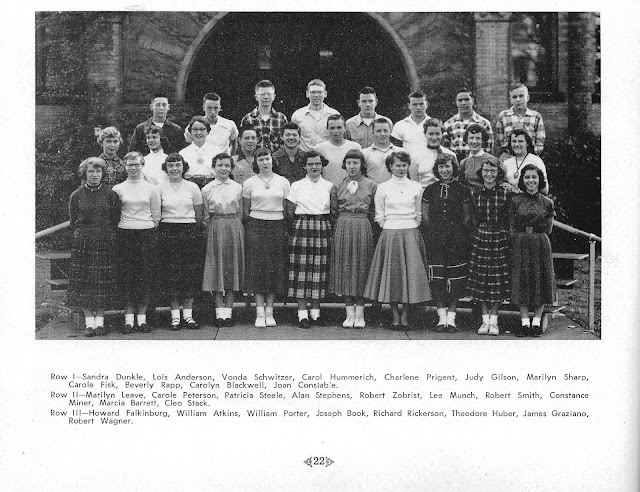 Shall we assume from the above photo that 10 out of 11 high school girls wore bobby socks, not necessarily with penny loafers, in 1954?

We haven't heard from 'Cleo' in more than a half century. 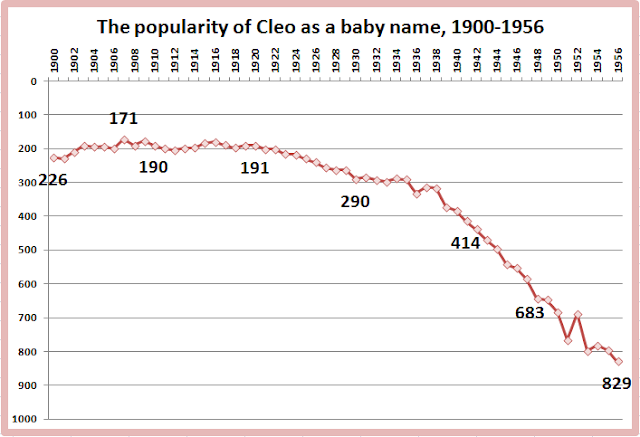