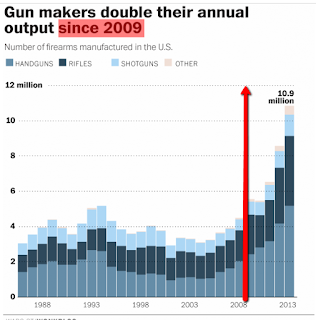 
If that 310 million number is correct, it means that the first year of Barack Obama's presidency was an inflection point: It marked the first time that the number of firearms in circulation surpassed the total U.S. population.