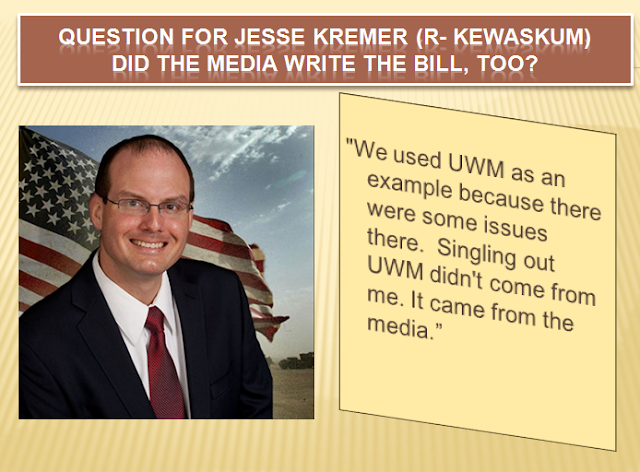 We used UWM because it's in Milwaukee, for crying out loud.  And what better way to further inflame our state's rural/ruban divide, hopefully at the expense of urban Democrat voters.