Meet 'the crazies' in the U.S. House of Representatives: Rep. Mo Brooks (R-AL) 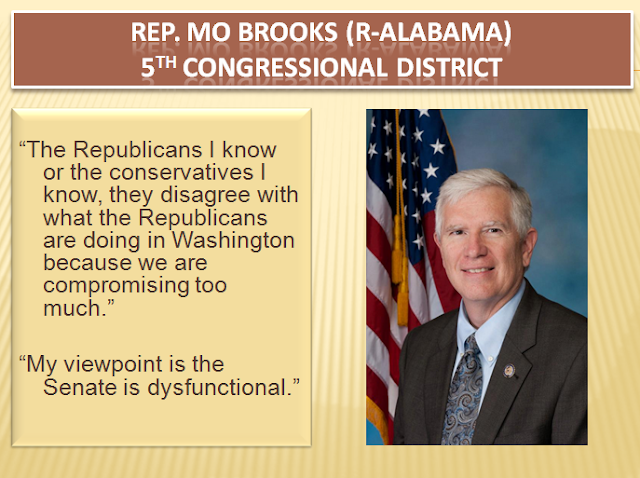 He voted for Boehner, most reluctantly, in January 2015.


Despite serious reservations, today I voted for John Boehner for House Speaker because there was no better option before me. I would have loved the opportunity to elect a principled Speaker who shares Alabama’s conservative values. Unfortunately, that was not a viable option because we lack the votes to elect such a Speaker.