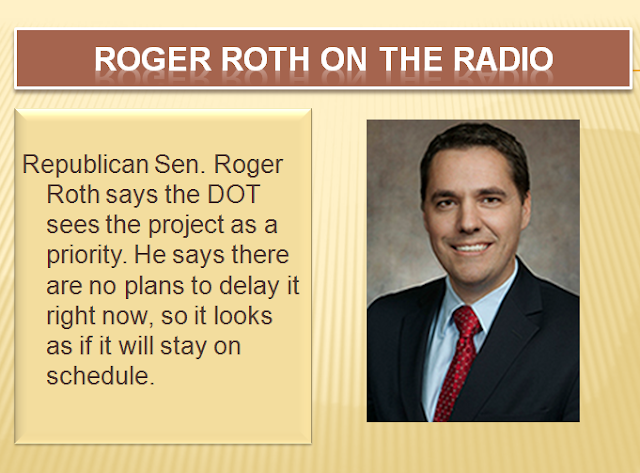 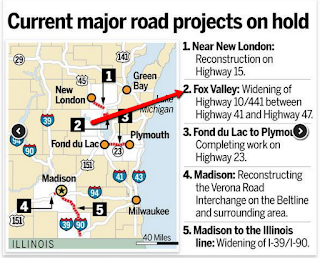 Dear Fox Valley residents.  Keep this in mind when you're voting on Tuesday, November 8, 2016.

The delays surprised Sen. Roger Roth (R-Appleton), who told WHBY-AM this month he did not expect any delays on Highway 10/441 in the Fox Valley. The highway is being expanded and reconstructed between Highway 41 and Highway 47.

But the $482 million project is one of those the DOT is pushing back, putting off its completion until 2021. Construction began last year, so drivers will have to put up with road work on that stretch for at least seven years under the revised schedule.  [emphasis added]