Scott Walker and the company he keeps: Jan Mickelson 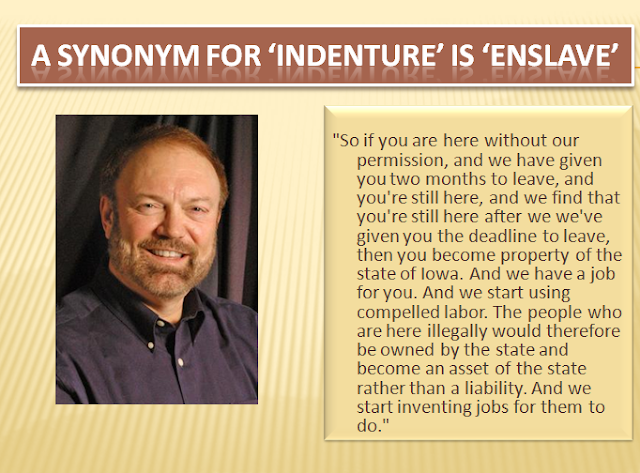 As quoted in  Jan Mickelson: Illegal immigrants who won't leave could be 'indentured for service'. (Des Moines Register, 8/20/2015)

And why shouldn't they?  Especially when it comes to the company these candidates keep.


He [ Mickelson] said Media Matters – which called him an "influential conservative kingmaker" who recently hosted GOP presidential candidates Scott Walker, Carly Fiorina, Ben Carson and Rick Santorum – is trying to use him as a club to bludgeon candidates.