The company he keeps: Scott Walker goes where the money -- and the Koch Brothers -- are 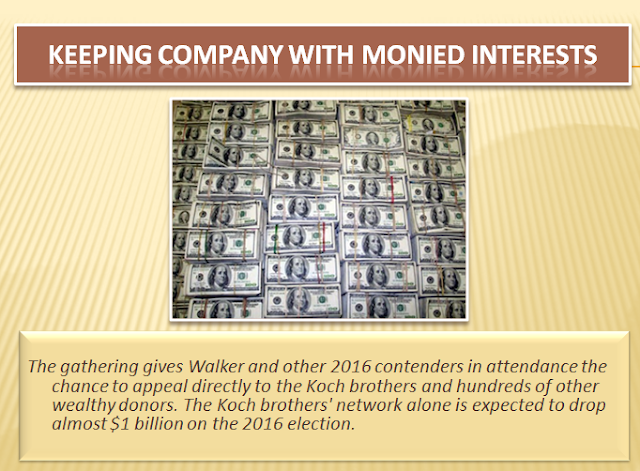 
Diane Hendricks, who owns Beloit-based ABC Supply, also gave $5 million. Together, the Ricketts’ and Hendricks’ contributions account for half of the $20 million raised by Unintimidated PAC in its first quarter in existence — a haul that put Walker’s super PAC in the top tier among Republican presidential contenders.