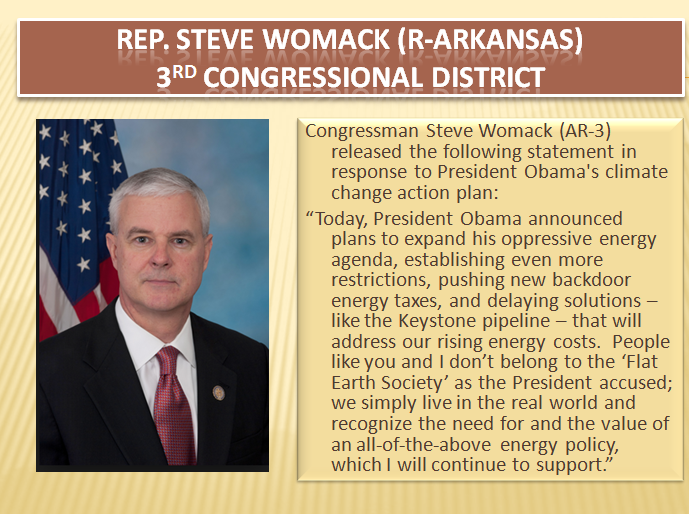 
Reading between the lines of Rep. Womack's statement, I see nothing but support for an "all-of-the-above energy policy" that focuses on fossil fuels.

Like his colleagues Rick Crawford and Tim Griffin, Womack recently won re-election to a 3rd term. He collected 76% of the votes running against two third-party candidates (Green, Libertarian).