The Pomona Public Library Gets a Reprieve from the City Council 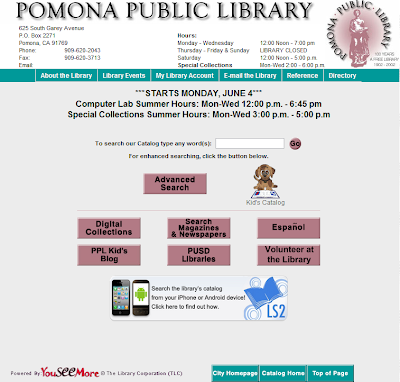 Excerpt: The City Council adopted a $211 million budget for the 2012-13 fiscal year that contains $1.02 million to keep the library open after mid-August - perhaps under the direction of Rancho Cucamonga's library officials.

During the Pomona meeting, the names of more than 150 people opposed to closing the library were read into the meeting record and more then 40 speakers expressed their opposition to the library's closure.