It All Started in Wisconsin: The Kindergarten Crime Wave 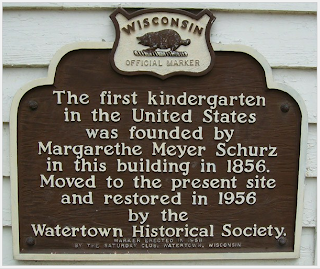 Excerpt:  Rep. Bob Kingsbury (R-Laconia) told the Belknap County Convention that research he's been conducting for the last 16 years has led him to believe that kindergarten programs leads to higher crime rates, the Laconia Daily Sun reported. Kingsbury, one of the more conservative legislators in the Tea Party-controlled House, said that his analysis was of local crime rates in communities that offered kindergarten versus those that do not offer the educational program.

Examples of legislation Kingsbury has proposed: 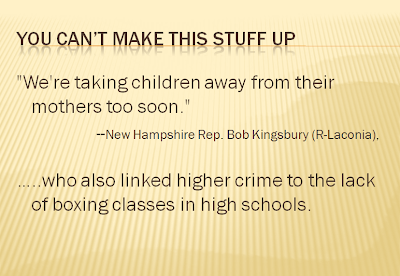 A reader's advisory suggestion for Bob.  It's not New Hampshire, it's not present-day,
but it's boxing -- high school and college level. 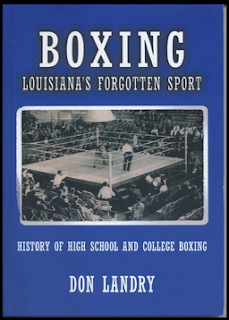 I see a connection between this story and this one from last week: