Getting to Know Chapter 43 of the Wisconsin State Statutes: Part 13, Withdrawal, Abolition, and Expulsion 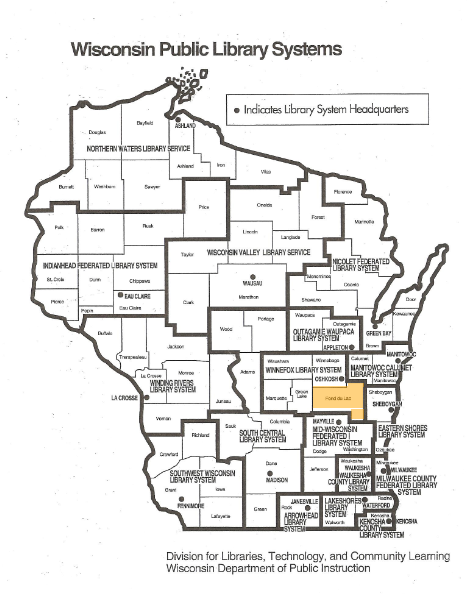 (3) PROCEDURE.
(a) Prior to taking any action to abolish or withdraw under this section, the county board or other municipal governing body

(b) A municipality or county withdrawing or expelled under this section from a public library system is responsible for its allocated share of the outstanding liabilities of the system on the effective date of its withdrawal or expulsion.

(c) Upon taking final action under this section to withdraw from or abolish a public library system, the county board or other municipal governing body shall give notice, by registered mail, of the action taken to