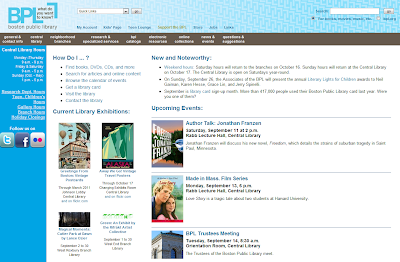 Excerpt:   Boston Public Library officials are misreading the public if they think they can continually cut back on services and maintain their credibility, too. The wounds remain raw from the earlier announcement that library branches in Dorchester, Brighton, South Boston, and East Boston would be closed. While the city’s budget problem is real, it is becoming less clear if the library system is taking creative steps to solve the problem.

Library patrons are being told that the inability to open on Saturdays for the next six weeks is due mainly to problems in shifting unionized staff across the system. That shouldn’t be an insurmountable problem for a library system that is promising to use advanced technology to revolutionize library service. And the staffing excuse pales against the importance of providing the convenience of Saturday service, which can range from traditional book borrowing to English classes for new immigrants.